Jared Kushner Has No Right to Work in the White House 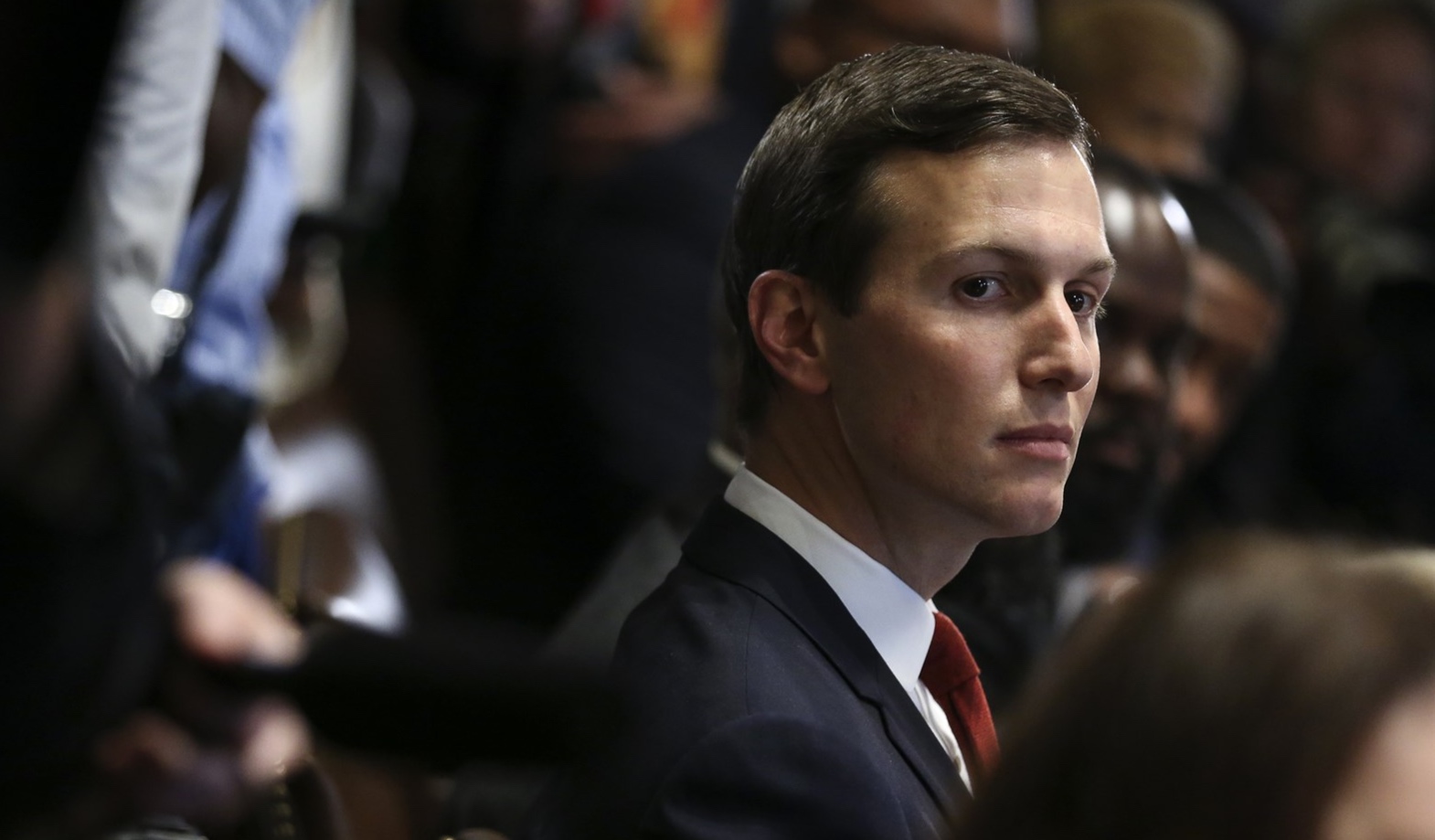 This is one of those mind-boggling stories that lands every eight or nine days and you go, wow.

In another era, it would end a president’s ability to focus on anything else.

It would focus our efforts on reforming how we grant access to sensitive information because national security used to be bigger than one man, one crime family, one party, or one branch of government.

In years gone by, it would sink an administration. The entire thing. It would end careers, cause a national freak out lasting months and months, and it would shake people to their core.

In the Trump Era, welcome to Thursday:

Jared Kushner's application for a top secret clearance was rejected by two career White House security specialists after an FBI background check raised concerns about potential foreign influence on him — but their supervisor overruled the recommendation and approved the clearance, two sources familiar with the matter told NBC News.

The official, Carl Kline, is a former Pentagon employee who was installed as director of the personnel security office in the Executive Office of the President in May 2017. Kushner's was one of at least 30 cases in which Kline overruled career security experts and approved a top secret clearance for incoming Trump officials despite unfavorable information, the two sources said. They said the number of rejections that were overruled was unprecedented — it had happened only once in the three years preceding Kline's arrival.

The sources, who spoke on condition of anonymity because of the sensitive nature of the information, said the Trump White House attracted many people with untraditional backgrounds who had complicated financial and personal histories, some of which raised red flags.

I mean, Jesus. This is a huge fucking deal.

The shame and the embarrassment of this would normally be enough to shut down everything until the threat to our nation’s most sensitive secrets could be evaluated and considered before going forward. That’s what would normally happen, and then hearings would begin, a grand jury might hear the details of the case to see if anyone here has broken the law, and so on and so forth.

Tomorrow, Jared Kushner will go back to work (such as it is) in the White House and continue to pretend that he can negotiate an end to the shut down of the government, which has gone on for over a month. While 800,000 Federal workers remain unpaid, Jared is cashing a pay check he is not entitled to because multiple officials deemed him unfit to have classified information entrusted to him in any capacity.

What have we done to ourselves ? What happened to this country?

So-called “national security” experts like Lindsey Graham should be demanding Kushner’s resignation and immediate investigations of what caused him to be denied access to Sensitive Compartmented Information. There are fully 25 U.S. Senators on the Republican side who should be lined up at microphones tomorrow, denouncing this and calling for the entire Trump White House to be emptied until we can determine what secrets have been compromised.

They will hem and haw and say aw, shucks, and walk away from their constitutionally mandated duties of oversight and compliance. They’ll leave it to the Democrats to freak out while they, privately, come to one more realization that Trump could very well be the end of them.

The end. Of them, as a party and as caretakers of our democracy.

The Goddamned end of them.

You can go back to ignoring the GOP when it comes to fiscal responsibility, accountability, ethics, and national security. They have no credibility.

This is one more example as to why we are coming apart at the seams and I am probably more furious that this didn’t come out last year when it could have informed the voters as to who they should send to Washington D.C.