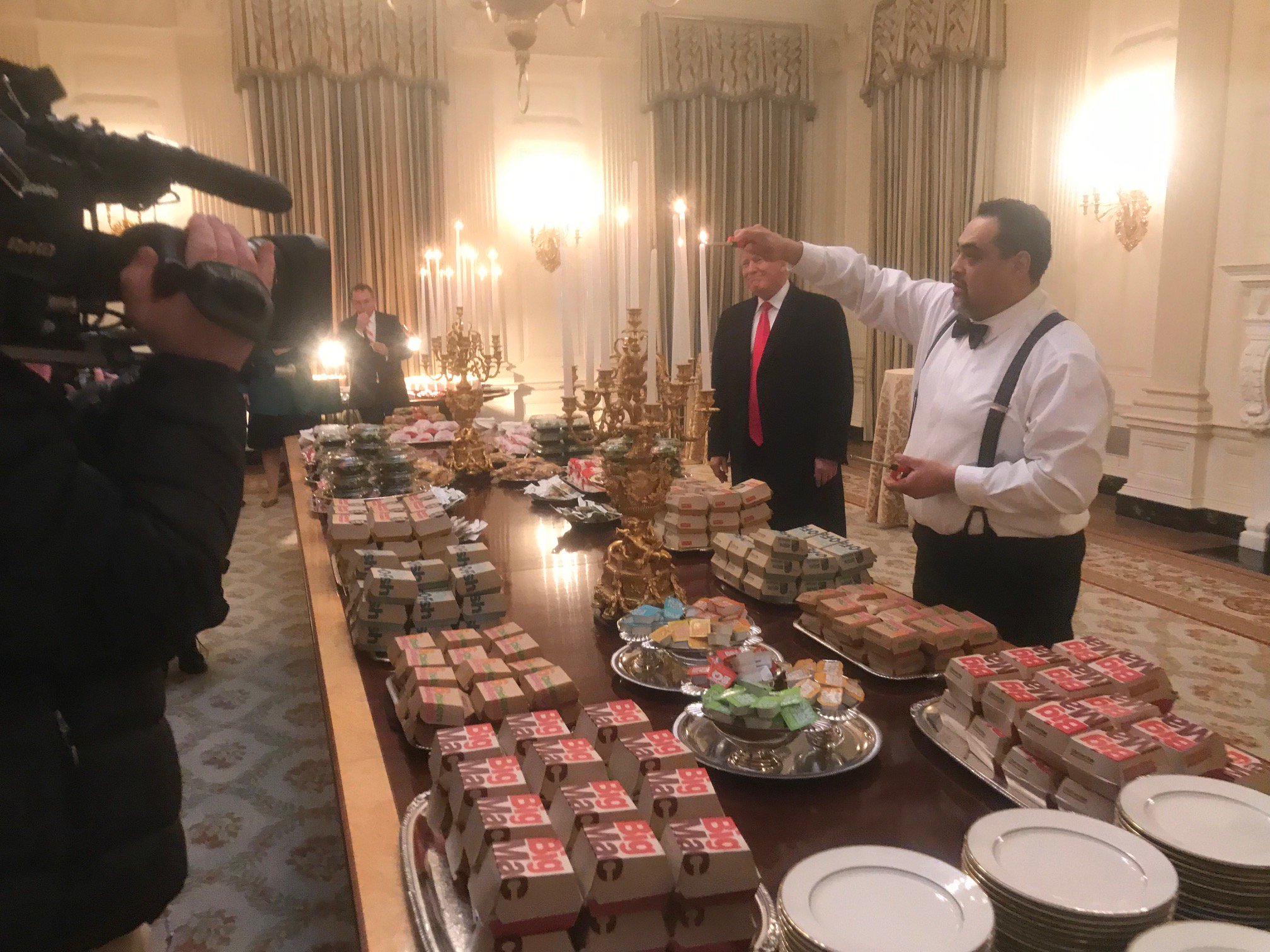 This garbage presidency has a new symbol for itself, and it is a stack of old Big Macs, ready to slouch over onto the tables which once served up state dinners and decent conversation in the people’s house. Under the candle lights and the chandeliers, the decline of American democracy continues, complete with silver platters filled with fish sammiches and burgers. Yum.

Honestly, this coarse, tasteless man who brought his Manhattan chintz and his diapered ass to Washington D.C. probably thinks he hit a home run today. Delivering fast food to athletes in their prime is one way to show them how tough you are, I guess.

They should have brought in the nutritionist who works for the team, and in conjunction with the White House chef and his team, they could have made a great meal of it. You’re in the mid-Atlantic, for crying out loud. Besides steak and lobster, you could have brought out the crab cakes, some Virginia ham, and a whole host of healthier foods. See this article to discover something few people understand—the dietary needs of football players has nothing to do with the shit on a shingle Trump served up today. They could have had salmon, roasted chicken, or sweet potatoes. They could have introduced the president to a vegetable. In a world where people live in vast “grocery deserts,” they could have combined the food that is normally served to the players with local fare and had a great time.

Who the fuck would eat this shit, most of which was prepared and staged at least an hour before it hit the table?

Well, you did it again, Trump. You made America hate the very idea of you serving free food to people. Good job, lard ass.