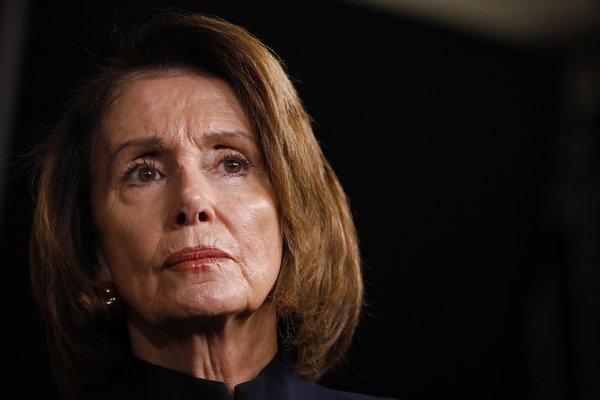 Ambulatory trash bag Donald Trump got up and walked out of a room today. The problem is, it was a room he needed to stay in so that he could extricate his worthless carcass from the self-inflicted hell in which he is living right now:

President Donald Trump walked out of discussions to end a partial government shutdown, now in its third week, calling discussions with congressional Democrats "a total waste of time."

"Just left a meeting with Chuck and Nancy, a total waste of time. I asked what is going to happen in 30 days if I quickly open things up, are you going to approve Border Security which includes a Wall or Steel Barrier? Nancy said, NO. I said bye-bye, nothing else works!" Trump said.

Top congressional Democrats blasted Trump after the meeting Wednesday afternoon, accusing him of indifference to struggling federal workers and not trying to negotiate as the government shutdown drags on.

A source familiar with what happened inside the room said Trump ended the meeting by standing up and announcing "bye bye" before turning and walking out.

The end result of this is that every single Democrat in America should thank their stars above for Speaker Nancy Pelosi. She did not bend, she did not waver, and she did not fold up like a cheap suit and stumble to the door. She stood up for the decency of the American people, and demonstrated that she is one of the few adults in the room who understands government. And, what’s more, she is the only person in Congress who is looking out for your tax dollars.

Give it up, old man. You are not getting your wall.

And what’s more, you’re played out. The real story in Washington D.C. is how Pelosi is reshaping the political landscape to deal with a colluding, incompetent Republican Party that cannot lead, cannot govern, and can’t even sit down at a table and cut a deal.