What About Sean Hannity? 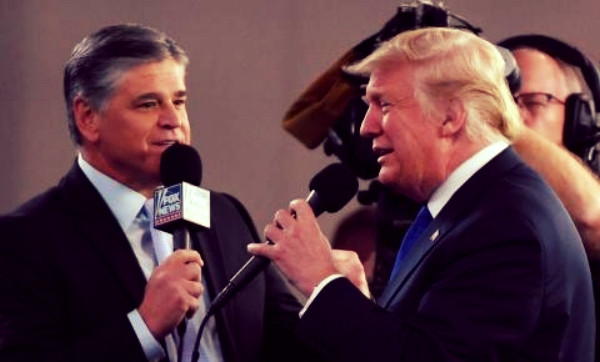 As we track our way through these developments with Michael Cohen, keep it in the back of your mind that Sean Hannity was his other major client:

But federal prosecutors in New York still recommended that Cohen receive a stiff prison sentence for his "extensive" criminal conduct, and were bitterly critical of what they called his "greed and the desire to live an opulent and lavish lifestyle."

Mueller's office said Cohen gave federal investigators "relevant and useful" information about his contacts with people connected to the White House as late as this year, according to a sentencing memo the office filed.

The memo says Cohen also offered a detailed account of the effort to build a Trump Tower in Moscow while Trump’s presidential campaign was gaining steam and gave Mueller’s team valuable information about “certain discrete Russia-related matters core to its investigation" that he learned from Trump Organization executives.

The court papers reveal for what appears to be the first time that Cohen was in contact with the Trump White House last year and this year, although it does not disclose what was discussed during that contact.

Cohen was involved in significant criminal conduct and was the lynchpin between Trump and the Russians. How does this not taint Hannity?

The symbiotic relationship between Donald Trump and Fox News can make it difficult to discern where the Trump administration ends and the network begins. But yesterday’s revelation in Manhattan federal court, that Trump’s lawyer Michael Cohen’s three-person client roster includes Sean Hannity, was shocking, even to those inside Fox News. “What the fuck? This is the most embarrassing thing I’ve ever seen,” one staffer told me. “This is bad,” another Fox staffer said. “It violates every rule of journalism.”

It was a surreal moment inside Fox as the news broke and producers scrambled to make sense of the developments. Hannity, according to sources, had not informed senior Fox News executives about his undisclosed relationship with Cohen, so the network was basically flying blind. Adding to the chaos, Hannity was in the middle of hosting his afternoon radio show, and weighed in live on air without clearing his response with Fox’s notoriously controlling public-relations department. His opaque, have-it-both-ways explanation—that he wasn’t really a Cohen client, and that he merely consulted him informally about “real estate,” while still maintaining that attorney client privilege applied—did little to stop Fox journalists from speculating about just what, exactly, Cohen did for Hannity.

We have only known about the Cohen-Hannity relationship since April of this year. It seems like a lifetime ago, but this was a pretty important development in our understanding of how Cohen took care of his “clients.” Could there be a separate criminal case working its way through the Southern District of New York that involves something Hannity was involved in? Is that what Cohen refused to cooperate with?

When does the shoe finally drop? When does Fox News realize that having Hannity on the air every night is a major liability given his relationship to Cohen?

I’m guessing the shoe won’t drop. There will be an avalanche of outrage, and the facts will be ignored.