Only a Republican Can Be Commander in Chief 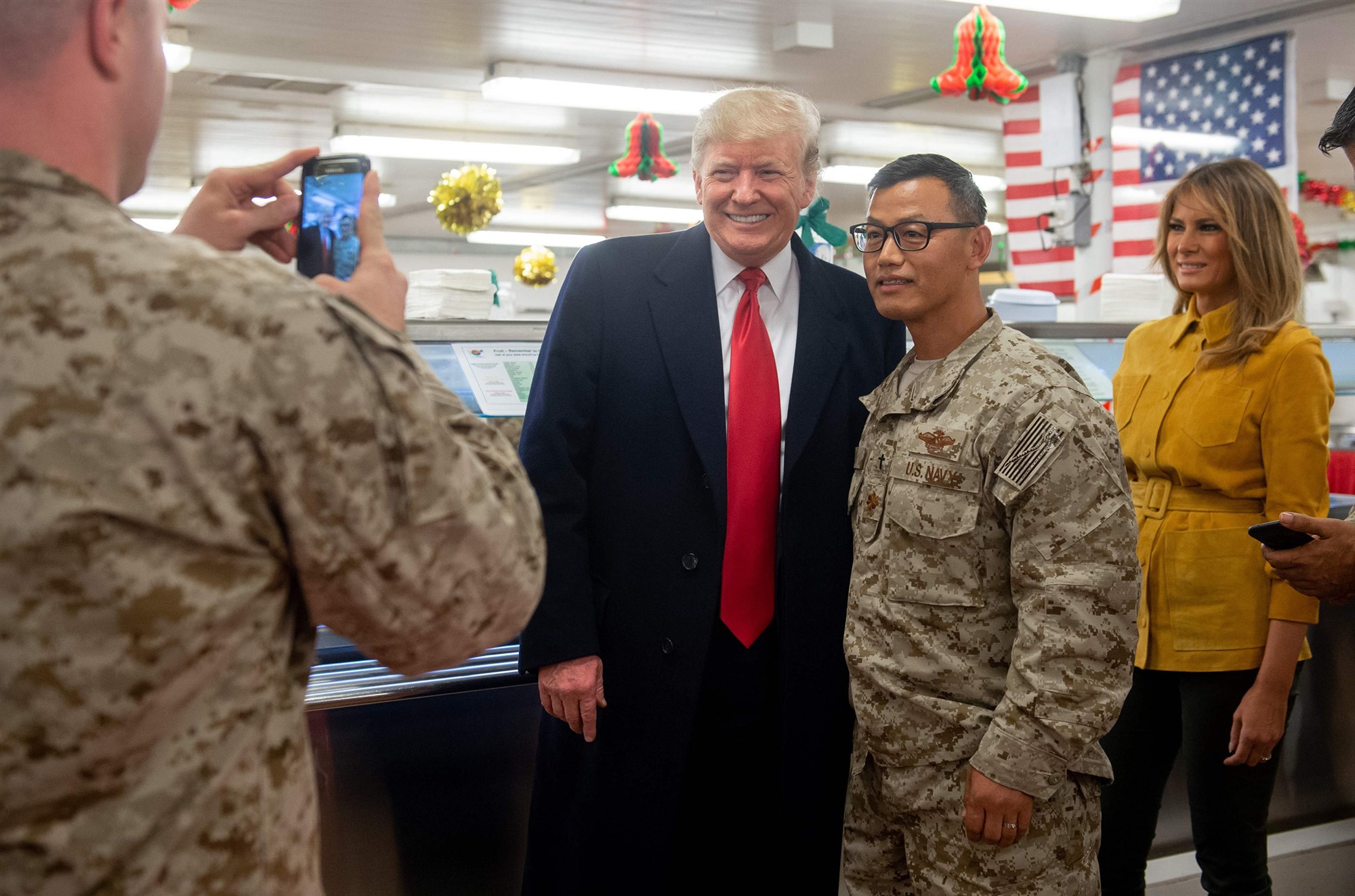 If any Democratic president had done any of these things, the wing nut outrage machine would have been launched into high orbit by now:

On his trip to Iraq this week, President Trump exposed the faces of members of U.S. Navy SEAL Team 5, possibly putting them in danger, an expert said.

During his surprise post-Christmas visit to troops in Iraq, his first trip to a combat zone since he was sworn in last year, the president and First Lady Melania Trump entered the dining hall Wednesday at the Al-Asad base west of Baghdad to greet about 100 troops.

The ensuing photos and video revealed the presence of the special operations forces, something some experts have said is generally frowned upon if not verboten in war zones.

However, the Office of the Secretary of Defense said in a statement that no rules were violated.

"The special operators voluntarily participated in this open press event," the secretary's public affairs arm stated. "There was no security violation."

"It's important he's a SEAL," Stavridis said of the chaplain. "That's a part of the force that is historically supposed to be very, very cloistered, very much in the shadows. If it wasn't a SEAL, it wouldn't be a big deal. Navy SEAL, that surprised me."

First of all, ignore what the Office of the Secretary of Defense is saying because that is clearly a statement from someone who has been told not to embarrass Trump. The double standard here is incredible, and when senior members of the military, who are not beholden to the cult of Trump tell you this is out of the ordinary, believe them.

The media is complicit in allowing Republicans like Trump to be old white men who are incompetent at their jobs and terrible in the role of Commander in Chief. As long as he looks like the stereotypical GOP Big Daddy in Charge of Everything, they’re fine with the images and the commentary they get because they’re feeding off the singular abomination that is Trump in public with other people.

Come on. They should be excoriating Trump for politicizing his appearances in Iraq and Germany and for waiting almost two years to visit the troops in the field, and good for Fox News for actually pointing this out (although, not enough, of course). We really have to examine how the media portrays a president who refuses to acknowledge any of our customs and traditions while violating operational security basics and signing campaign materials.

The 2020 election is going to hinge on whether Trump can continue to manipulate the media, get tons of positive coverage of his nearly-human activities, and use the military as props. If we allow him to do these things, we’re sunk.