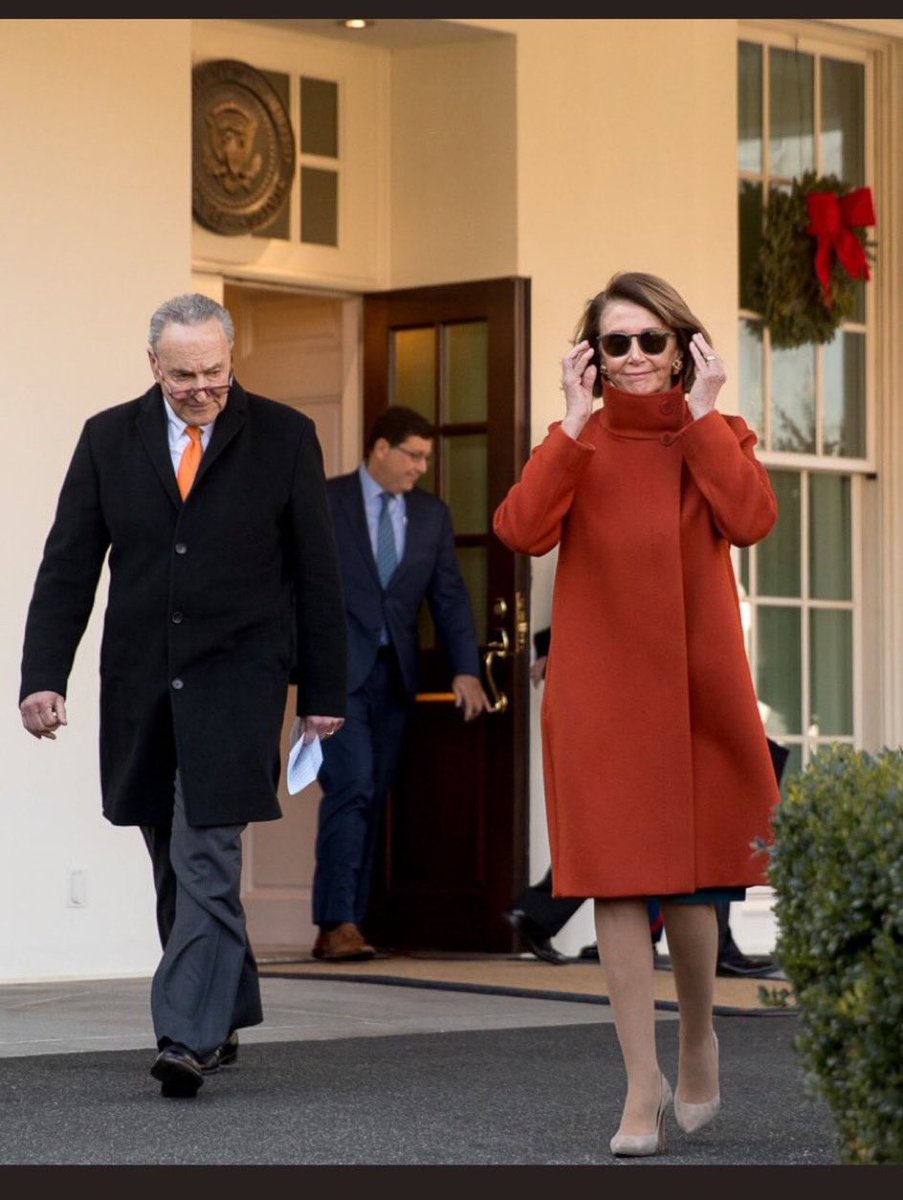 Trump tried to distract people by attacking Nancy Pelosi, and he missed the mark, badly:

In his first two years in office, President Trump operated without a clear check on his power. With his party controlling both houses of Congress, he issued demands from his bedroom in the form of early-morning tweets, and legislative leaders got in line. He rarely was personally confronted about his untruths and misstatements. And he mostly ignored congressional Democrats, choosing to spar instead with journalists.

That all came to a crashing halt Tuesday. In an extraordinarily heated public fight with the nation’s top two Democratic leaders, the combustible president confronted for the first time the enormity of the challenge he will face over the next two years: divided government.

House Minority Leader Nancy Pelosi (D-Calif.), the likely next speaker, and Senate Minority Leader Charles E. Schumer (D-N.Y.) called out Trump’s falsehoods. They exposed him as malleable about his promised border wall. They lectured him about the legislative process and reiterated to him that he lacked the votes to secure the $5 billion he seeks for the wall.

This is a momentous day because Nancy Pelosi is, once again, the only woman to hold the position of Speaker of the House. That makes her, by elected position, the most powerful woman in our nation’s history (notwithstanding the esteemed Edith Wilson, who was, in effect, POTUS for well over a year).

It wasn’t just a beat-down delivered by Pelosi and Schumer; it was the execution of a demonstration that Trump is unfit to lead. Really, any Republican who understands governance and leadership should freely admit that Trump tried to stage-manage a confrontation and ended up looking like he should have been placed under the care of a physician so that his mental health could be evaluated.

Trump’s cognitive decline brings into sharp focus the fact that he needs to be looked at. Really, that wasn’t the performance of a toddler today. It was a cry for help from a deranged individual who commands neither facts nor respect.