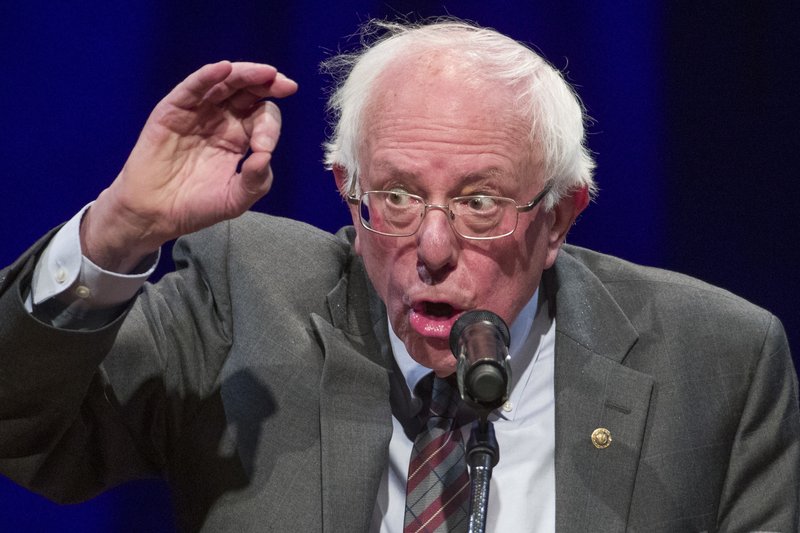 Bernie Sanders has a very low opinion of the Democratic Party and he will continue to make this known well into the 2020 presidential election cycle:

An insurgent underdog no more, Vermont Sen. Bernie Sanders is laying the groundwork to launch a bigger presidential campaign than his first, as advisers predict he would open the 2020 Democratic presidential primary season as a political powerhouse.

A final decision has not been made, but those closest to the 77-year-old self-described democratic socialist suggest that neither age nor interest from a glut of progressive presidential prospects would dissuade him from undertaking a second shot at the presidency. And as Sanders’ brain trust gathered for a retreat in Vermont over the weekend, some spoke openly about a 2020 White House bid as if it was almost a foregone conclusion.

There’s a lot of money to be made from dividing the left and helping Trump get re-elected. I’ll bet the checks are already flowing into his campaign. Would you believe that Jeff Weaver is back on board as well?

“This time, he starts off as a front-runner, or one of the front-runners,” Sanders’ 2016 campaign manager Jeff Weaver told The Associated Press, highlighting the senator’s proven ability to generate massive fundraising through small-dollar donations and his ready-made network of staff and volunteers.

Weaver added: “It’ll be a much bigger campaign if he runs again, in terms of the size of the operation.”

Amid the enthusiasm — and there was plenty in Burlington as the Sanders Institute convened his celebrity supporters, former campaign staff and progressive policy leaders — there were also signs of cracks in Sanders’ political base. His loyalists are sizing up a prospective 2020 Democratic field likely to feature a collection of ambitious liberal leaders — and not the establishment-minded Hillary Clinton.

Instead, a new generation of outspoken Democrats such as Massachusetts Sen. Elizabeth Warren, New Jersey Sen. Cory Booker and California Sen. Kamala Harris are expected to seek the Democratic nomination. All three have embraced Sanders’ call for “Medicare for All” and a $15 minimum wage, among other policy priorities he helped bring into the Democratic mainstream in the Trump era.

The Democratic National Committee, and the party as a whole, had better wake up to the threat Sanders poses. He is operating on two fronts—one, he wants to denigrate the party and reduce it to where it was after Reagan and Bush and, two, he wants to fundraise like crazy so that he can starve it of funds. This is an existential threat to not only Democrats but also to democracy in America.

There will always be an insurrection from the left against the Democratic Party. Smart people know this, and they know how to prepare for the primary season ahead. Anyone who enters the race and fails to have a plan to deal with Bernie and his supporters is committing political malpractice.

I don’t know if he really wants things to get so bad that Americans blindly turn to overt socialism or if he just wants to obtain some form of payback for what he perceives to be a number of slights. I do know this—ignore what Sanders is doing at your peril.