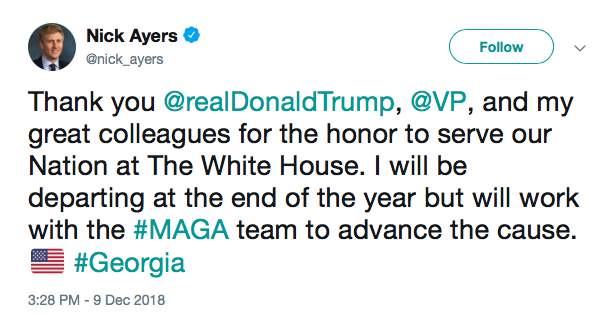 The guy that Trump wanted to take over as White House Chief of Staff has bailed and is going to get out of town ahead of the horrific shit show that is sure to follow.

Wasn’t it Trump who claimed everything was a “smooth running machine” just a few months ago?

We are about to enter two years of unmatched instability and political infighting. Everything promises to grind to a halt. Our government is loosely divided now and the only thing that stands between us and oblivion are a handful of Democrats who know how to fill out the forms in order to subpoena someone. Anyone who says they know what’s going to happen next is lying and anyone who refuses to stick around and watch gets a pass.

What the hell is in store for us? I have no idea.