This is Trump's Willie Horton Moment 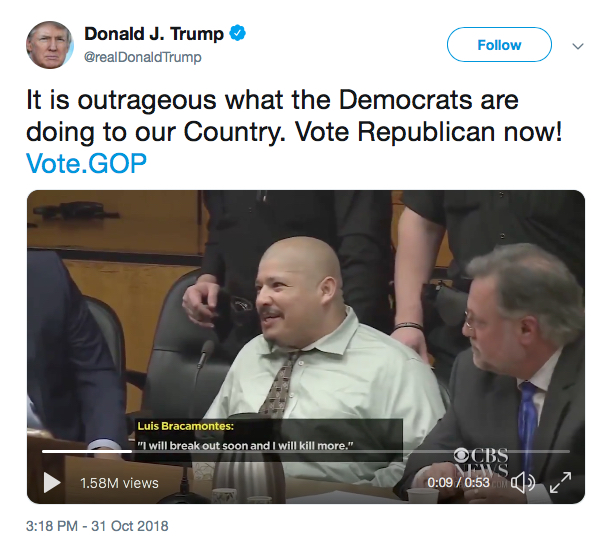 In the most racially charged national political ad in 30 years, President Donald Trump and the Republican Party accuse Democrats of plotting to help Central American invaders overrun the nation with cop killers.

The new spot, tweeted by the President five days before the midterm elections, is the most extreme step yet in the most inflammatory closing argument of any campaign in recent memory.

The new Trump campaign ad was the latest example of the President's willingness to lie and fear-monger in order to tear at racial and societal divides; to embrace demagoguery to bolster his own political power and the cause of the Republican midterm campaign.

The ad -- produced for the Trump campaign -- features Luis Bracamontes, a Mexican man who had previously been deported but returned to the United States and was convicted in February in the slaying to two California deputies.

"I'm going to kill more cops soon," a grinning Bracamontes is shown saying in court as captions flash across the screen reading "Democrats let him into our country. Democrats let him stay."

The ad recalls the notorious "Willie Horton" campaign ad financed by supporters of the George H.W. Bush campaign in the 1988 presidential election. 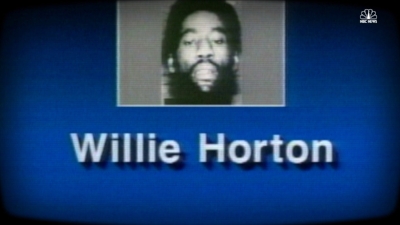 Horton was a man and convicted murderer who committed rape while furloughed under a program in Massachusetts where Democratic nominee Michael Dukakis was governor.

Trump went there with a despicable act of racism, intolerance, and bigotry. He did this to hold on to power. He did this to steal another election. He did it to scare white people into voting for him.

It must not work.

It shouldn’t work in our democracy, but I’m not much of an optimist these days.

Ads like this have no place in our politics, but neither does Trump. And ads like this are certainly nothing new for America’s home-grown white supremacy party, which used to be the party of Lincoln but is now so full of swine that you can’t imagine it being anything decent any time soon.

You know, now would be a good time for the media to point out how much of a sleazy, lying racist Trump really is.

UPDATE - of course, all Trump’s claims and everything in the ad are easily refuted: 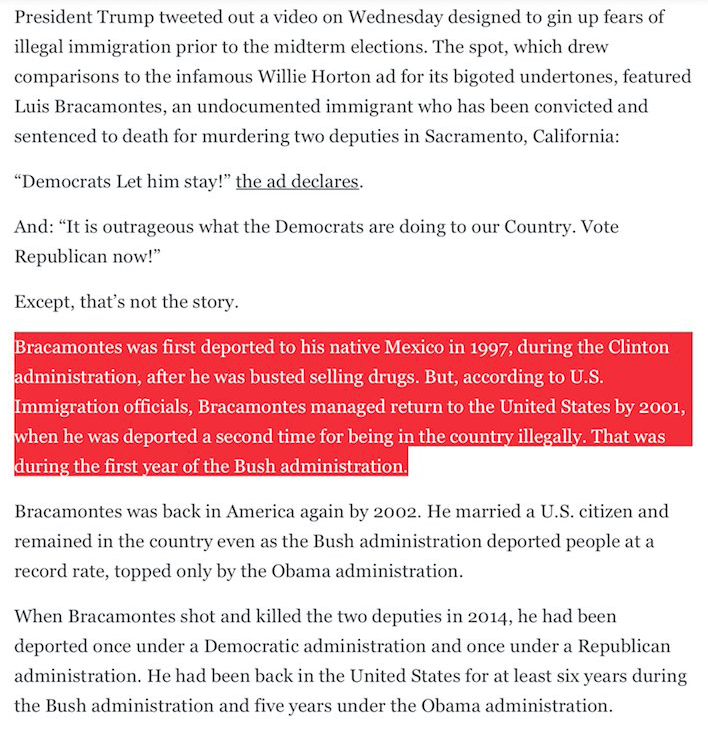