Politically Unacceptable No Matter What 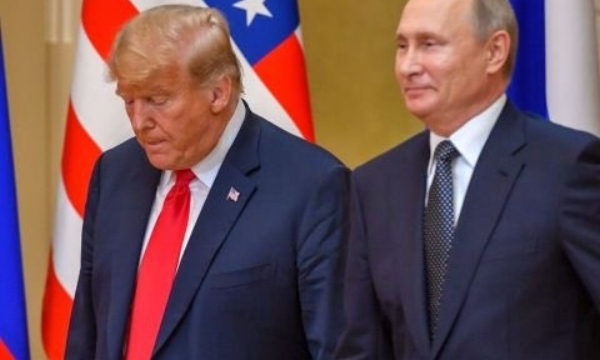 What the hell is this?

One idea considered for the proposed Trump Tower in Moscow was to offer Russian President Vladimir Putin the penthouse, according to Felix Sater, who was working on the project with Michael Cohen.

Sater, a Russian-born onetime business associate of Trump's, described the concept as a "marketing ploy" and explained that the idea was to try to enhance the value and attraction for buyers by having Putin in the building.

BuzzFeed, which first reported on the plan, reported that Cohen, who was then-candidate Donald Trump's attorney, had discussed the idea with a representative of Putin's press secretary, citing two law enforcement sources. The penthouse was planned to be valued at $50 million but gifted to Putin, BuzzFeed reported.

I realize we have moved well past the idea that you could expect any self-identifying Republican in this country to express even a minuscule amount of outrage over something that Trump has done, but, wow.

From a distant, overhead perspective, how in the hell is this politically viable and acceptable to any American citizen, regardless of their party affiliation? You would have to be completely naive and willfully obtuse not to see how this is so far outside the realm of normal behavior. I guess you would have to already by a sick, damaged individual with no self-awareness to think this was fine.

Only a Republican - only Trump - could get away with this.