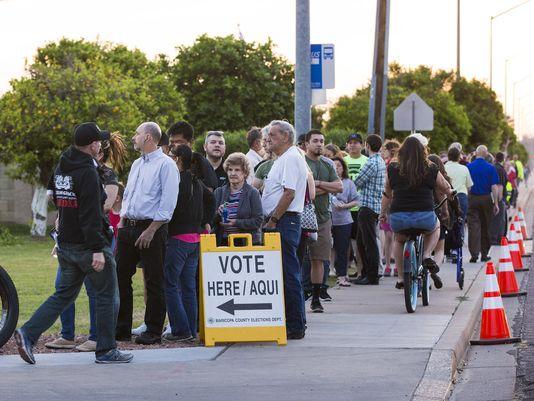 Enthusiasm among Democratic voters is high and every election since 2016 has shown that polling is problematic at best. But this really caught my eye:

Some surveys, like those attention-grabbing live polls from The New York Times and Siena College, are working overtime to compensate for their pitfalls—and still coming up short. Nate Cohn, who runs the poll, has written admirably about the difficulty of reaching low propensity voters in competitive House and Senate races. For instance, his team employs bilingual interviewers who do callbacks to make sure they have enough Hispanic voters in their data. Cell-phone calls, he notes, are “notably less likely to yield a response”—impeding their ability to collect responses from young people. That’s led to a risky compromise: in some states, the N.Y.T./Siena poll is defining “young people” as 18-39. Ask any 39-year-old “young person” if they know anything about XXXTentacion or Snapchat lenses, and you’ll figure out pretty quickly that the perspective of someone approaching middle age differs wildly from someone in college.

In their poll of the Texas Senate race, N.Y.T./Siena called 51,983 people around the state, and just 800 people responded. Among 18-29 year olds, they contacted 7,219 voters, and just 66 responded. That’s a grim 0.9 percent response rate among young voters, a critical voting bloc in this election, especially for Democratic candidates like O’Rourke, Andrew Gillum, and Stacey Abrams, who are depending on even just a marginal boost in youth turnout. Pollsters like Cohn adjust for these low response rates by “weighting,” adjusting the results to give more weight to respondents from under-representing groups. “But,” Cohn writes, “weighting works only if you weight by the right categories and you know what the composition of the electorate will be.”

Holy shit, if this bears out.

They’re. Not. Counting. Cellphone. Only. Households.

This has been a consistent problem for measuring who is going to vote and who is going to vote for the first time; they are over-counting older people who are more likely to answer their phones and gab at someone who is willing to listen to their beliefs about who should be president.

Sampling massive numbers of people and getting almost no response means that, within that population, you have no idea what they’re going to do. Except, you already know that the polls have consistently under-counted and failed to measure how many Democrats have been turning out to vote.

But don’t take my word for it:

Not only did Northam win the Virginia race, he won by 9 points, a polling error more substantial than anything we saw in 2016. Gillespie, it turns out, actually won more votes than any previous statewide Republican candidate; he had enthusiasm at his back. It’s just that Democrats had more—and they blew the doors off on Election Day. The whole spectacle was yet another blow to polling and to punditry, two industries sullied by Trump’s victory in 2016.

Nobody knows what’s going to happen on November 6. Vote like your life depends on it. 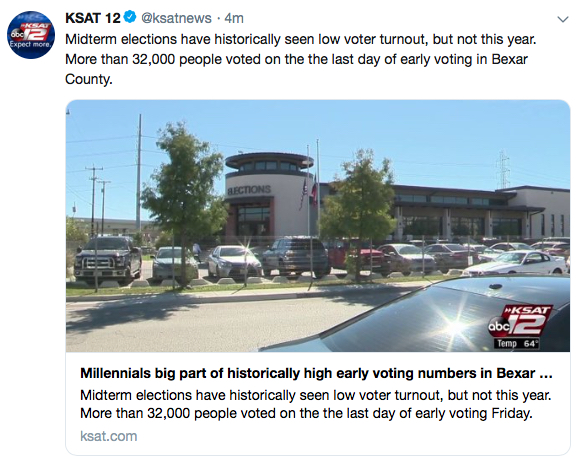