This Season of Madness 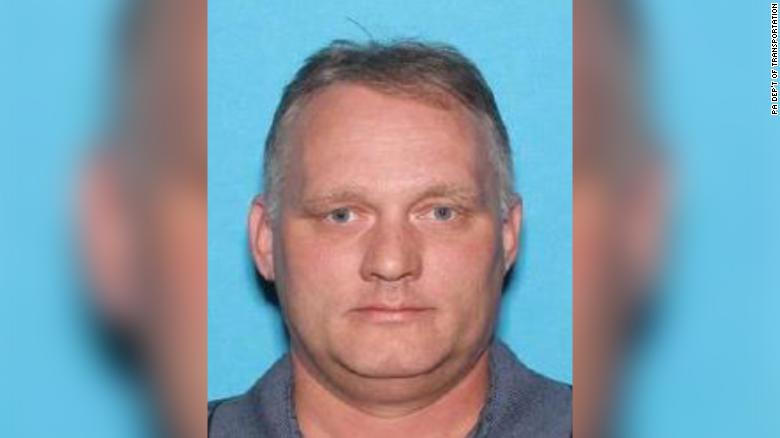 Robert Bowers was radicalized like all of the other anti-Semitic neo-Nazis out there. He was exposed to a festering stew of hate that was legitimized by the President of the United States of America.

But, make no mistake about it, the Trump era has made him part of the GOP’s mainstream thought. He is immersed in their anti-George Soros nonsense. He is marinated in so much hate that I feel for the jailers who are hosing him down tonight, trying to get the stench of failure off of his useless hide. He must have felt left out after Charlottesville last year, what with all of the attention his fellow travelers received when Trump praised them the way he did.

Every ounce of Trump’s rhetoric against this so-called migrant caravan is to blame. Every media outlet using a “both sides” argument is run by nattering twits. Every Republican who signed on for that bullshit is complicit. Every single person who does not stand opposed to this evil is just another good German, Goddamn them to hell.

A law enforcement source told CNN that investigators believe that postings on an account on Gab, a social media platform, belong to Bowers. The language on the account matches the suspected motivation behind the shootings, the source said.

The suspect made a final post at 9:49 a.m., just five minutes before police were alerted to the shooting.

"I can't sit by and watch my people get slaughtered," he wrote. "Screw your optics, I'm going in."

Bowers also shared other anti-Semitic comments alongside xenophobic content on the platform. In one post, he claimed Jews were helping transport members of the migrant caravans in Latin America.

He said he believed those in the migrant caravans were violent because they were attempting to leave countries that had high levels of violence. Bowers repeatedly called them "invaders."

Among the anti-Semitics posts were also criticisms of President Donald Trump that suggested he was surrounded by too many Jewish people.

"Trump is surrounded by k****", "things will stay the course," read one post on Gab, using a derogatory term to describe Jews.

Roughly four hours before the shooting, Bowers commented in a post that he did not vote for Trump.

In a statement, Gab disavowed "all acts of terrorism and violence" and said its mission was to defend free expression and individual liberty online for all people."

After being alerted to the suspect's profile on the platform, Gab said it backed up the data, suspended the account and contacted the FBI.

Oh, that’s so nice. What a proud IT department you must have there at “Gab,” which, for all intents and purposes, should be exposed to what those fellows running Backpage saw when the government showed up with dollies and submachine guns.

When Timothy McVeigh blew up the Alfred Murrah Federal Building in Oklahoma City, this country was awakened to the nightmare of right wing radicalization. It spurred the government to evaluate how it had been treating people in that sickening community and it led to action. The government took steps to identify and respond to radicalized groups on the margins of American society. The Trump era has accomplished something amazing—it has mainstreamed the same deadly ideas of the John Birch Society, the sovereign citizens movement, and the Neo-Nazis last seen flying off of a bridge in the Blues Brothers. How the fuck did you do that, Republicans? Jeez, talk about your accomplishments.

Seriously, though. What will today lead to? Nothing.

It won’t make Trump change his fetid, rotted mind about anything. It’s not going to move the debate about gun control an inch. It won’t lead twenty or thirty Republican Senators any closer to making a move to limit Trump’s power. It won’t lead to oversight or compliance.

If people didn’t already have a reason to vote for Democrats, they do now. And fuck them if they don’t because I don’t know what else to say about this season of madness.