These Tired and Pathetic People 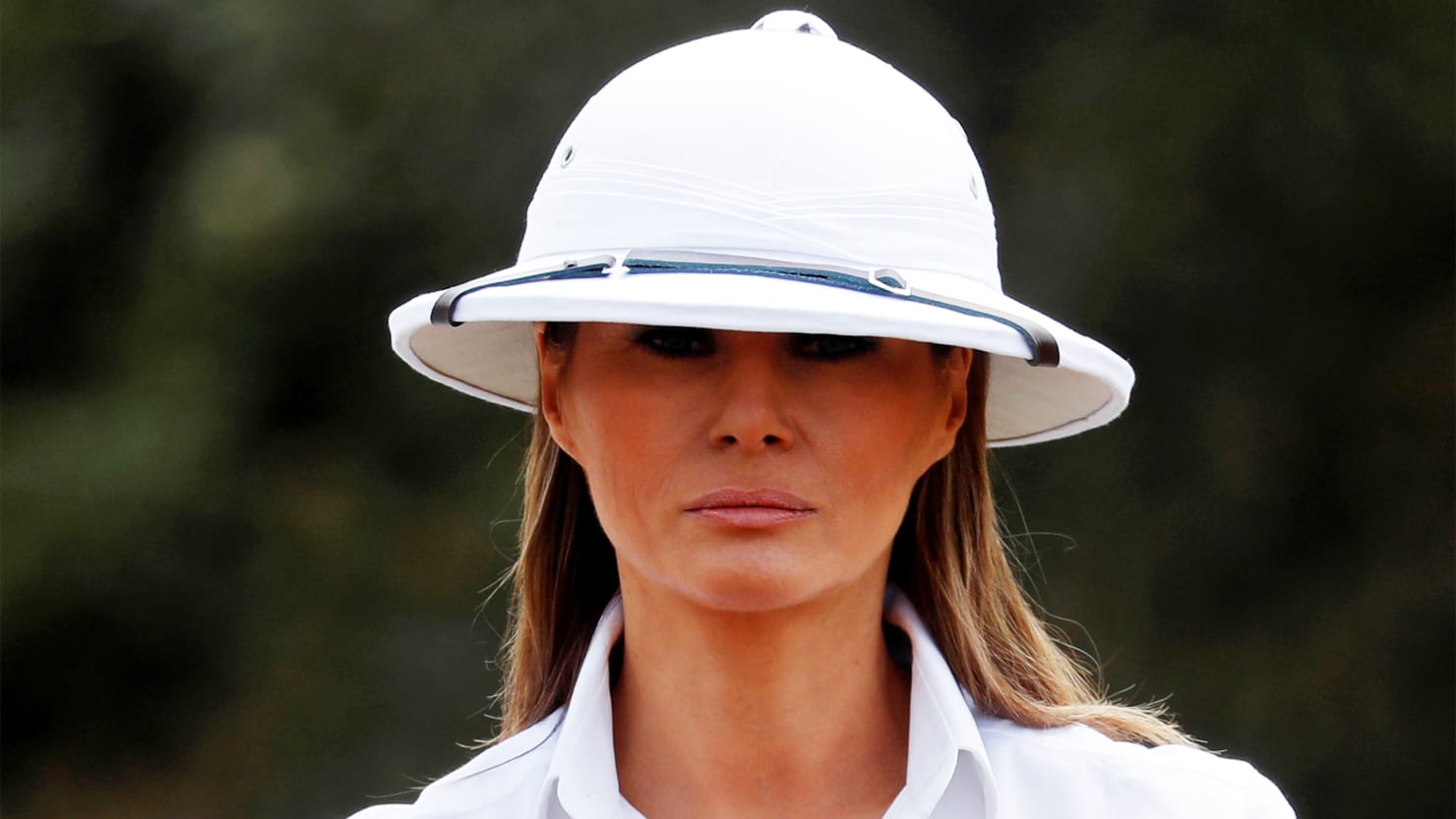 I am posting this in case you don’t have enough outrage on your plate right now:

First Lady Melania Trump donned a white pith helmet during a safari in Kenya on Friday, which some claim is “evocative of colonialists,” CNN reports. The network reported that the helmet was often worn by “European militaries in their colonies throughout Africa and in India,” and soon became a “popular sun hat” for European tourists in the 1930s. Matt Carotenuto, a historian at St. Lawrence University, compared wearing the hat to showing up to an “Alabama cotton farm in a confederate uniform.” “Her attire is a signal of her understanding of what Africa is in 2018,” Kim Yi, a politics professor at the University of California, Riverside, told The New York Times. “It’s tired and it’s old and it’s inaccurate.” Trump, whose sartorial choices have gotten her in trouble in the past, is currently on her first extended international tour and will visit Egypt as her next and last stop.

You have to stop expecting anyone working for Trump to have a grasp of history or culture. What hasn’t happened here is plainly evident—no one talked about clothing choices with the host countries or an expert at the State Department on Africa. There are no more experts at the State Department! They all quit or gave up trying to deal with these horrible people.

I’ve had enough outrage for a while. Melania Trump in a ridiculous pith helmet is not a fashion statement or a political statement—this is junk put on her head by someone incompetent. There simply could not be anyone within her orbit with the sense to make a cutting statement against the former colonies of Africa by dressing an American First Lady in a goddamned pith helmet. There could be some clowns around her who said, “eh, why not put this on your head and shield your raccoon eyes, you stumbling trophy wife?”

The world is so horrible. Here’s more to confirm that!