Nancy Pelosi is Here to Smash Everything to Hell 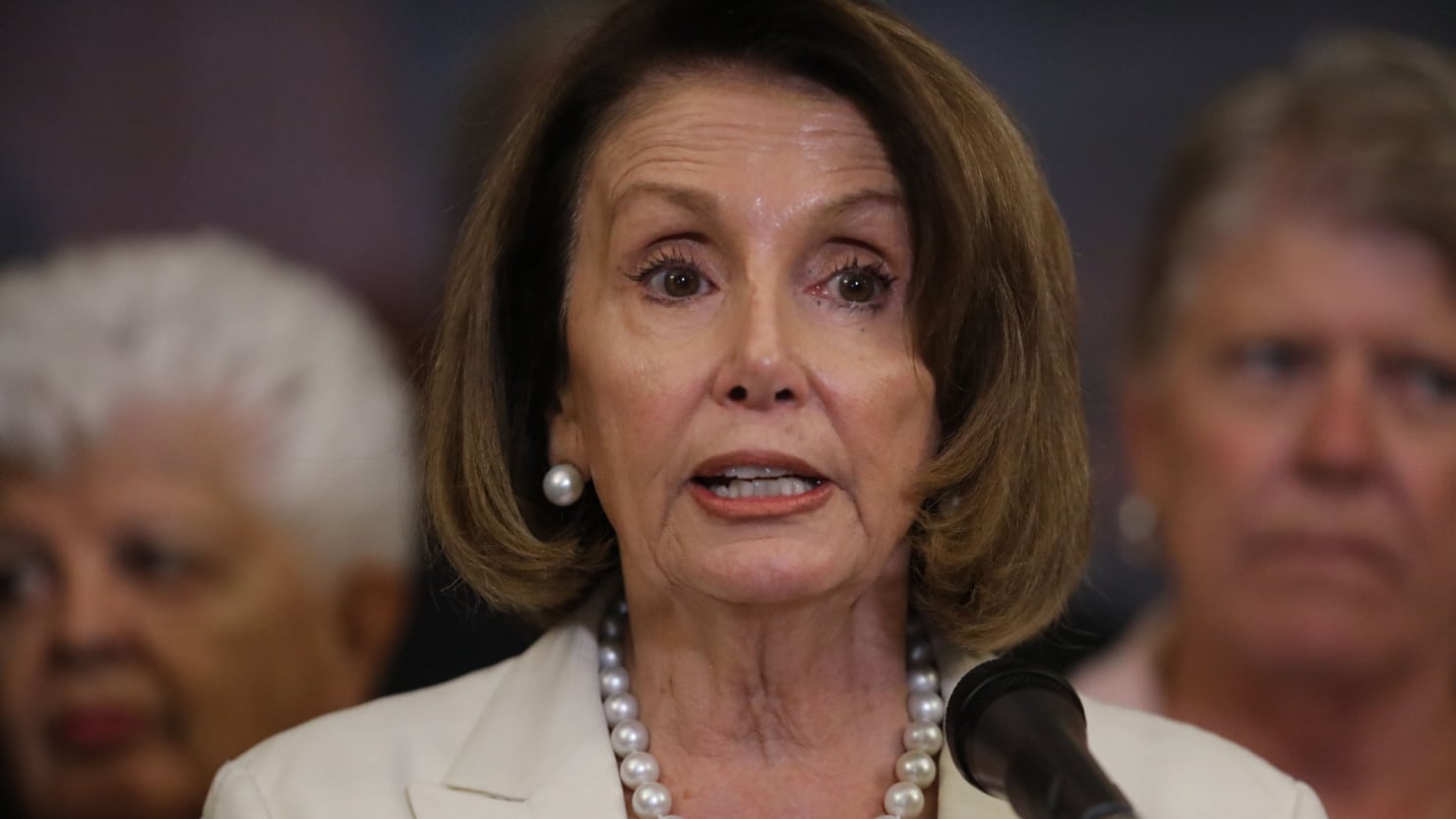 I’m on board the Nancy Pelosi train, if only because I love what she does to drive Republicans crazy. She outwitted everyone they threw against her and she is, truly, one of the least appreciated Democratic heroes of the last twenty years.

And if Nancy wants to expose Brett Kavanaugh’s dirty laundry, more power to her:

House of Representatives Minority Leader Nancy Pelosi announced in a Sunday press release that she has filed a FOIA, or a public records request, for the FBI’s report on the sexual assault allegations leveled against newly confirmed Supreme Court Justice Brett Kavanaugh. Pelosi began her release by writing that Kavanaugh’s confirmation “has wounded the very soul of justice in our country” and commending the “dignity and bravery” of Christine Blasey Ford. “To preserve the full record of this dark chapter,” she continued, “I am filing a FOIA request so the public can see the FBI report, transcripts of interviews, instructions from the White House, and any communications to the FBI from Senate Republicans regarding the scope of the investigation. This is important to set the record straight.” So far, the contents of the report have only been made available to members of the U.S. Senate, and even they could only read the report from within the confines of a sensitive compartmented information facility. This information could resolve controversy over the depth of the investigation and the limits allegedly placed on the FBI by the White House, which Senate Democrats claimed jeopardized the integrity of Kavanaugh’s nomination.

This gives everyone the FBI refused to talk to a way to check what was done and fill in their own information. You think there isn’t a good chance someone isn’t going to fill in the blanks and show how badly the GOP wanted to keep the American people from knowing what a douchebag Kavanaugh is? That’s what they’re afraid of. They know the truth it out there, and they know they had to work overtime to shine the massive turd that is his personal background in order to drag him across the finish line and put him on the court.

Yeah, I’m not getting over this anytime soon, and neither should you. Putting Kavanaugh on the court when you have 51 Senators and the stray Joe Manchin out there to bail you out wasn’t a victory—it was what you were supposed to do all along. That’s why Democrats better start winning elections or this country is going to slide further into madness.

And what I really want the FBI to tell us one day is who owns Kavanaugh? Who paid his debts? Who has blackmail material against him? Did former Justice Anthony Kennedy help with the rehabilitation of Kavanaugh’s finances and reputation? Seems like someone ought to be given the chance to research that and write a story about it.