Dianne Feinstein Will Not Be Locked Up 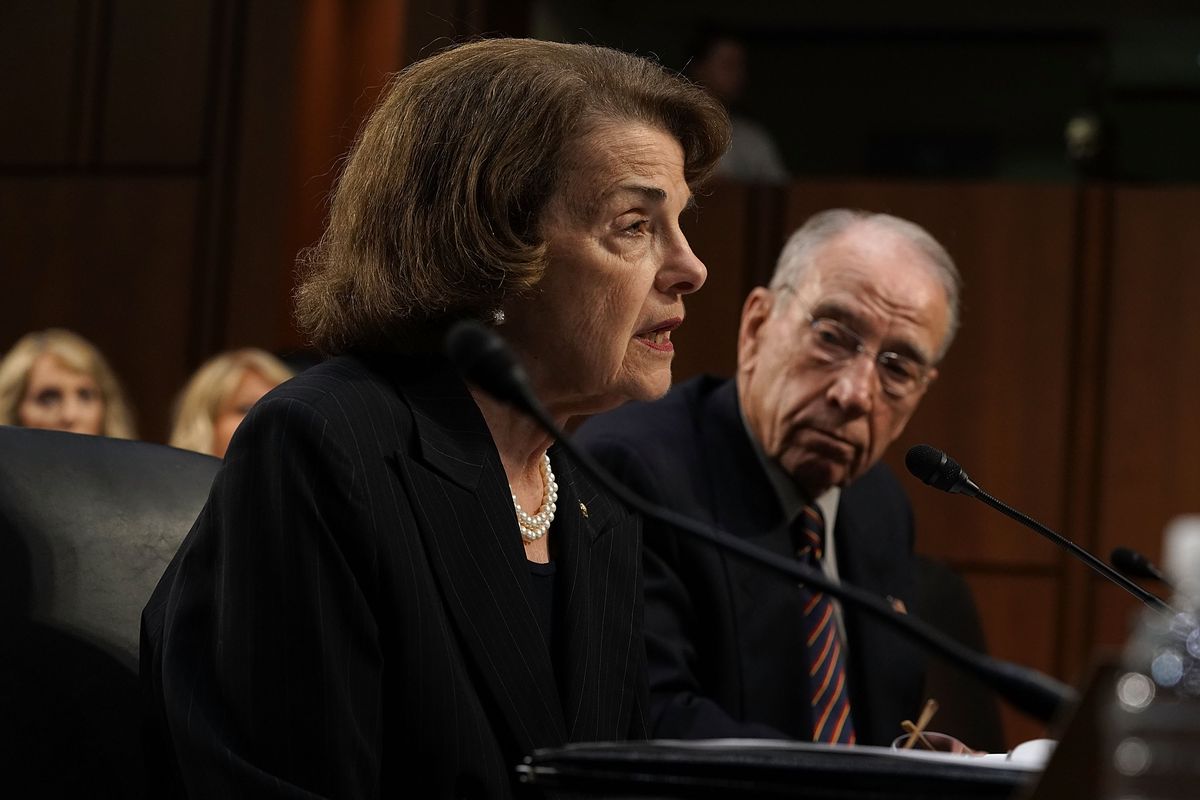 I sense a pattern here among Republicans. Instead of winning with dignity and focusing on the issues, it’s easier to single out a female Democratic politician and use the tactics of a third-rate banana republic and call for her to be locked up in prison:

President Trump held a rally in Council Bluffs, Iowa, Tuesday evening to support Republican candidates and tout his administration's policies supporting ethanol production, a major industry in the state. Earlier in the day, he promised a "big announcement" for the rally.

The rally came a day after Mr. Trump confirmed new Supreme Court Justice Brett Kavanaugh, who had been accused of sexual assault by multiple women. Mr. Trump began his rally by praising Kavanaugh, and decrying Democrats for attempting to thwart his nomination. He called Democratic opposition to Kavanaugh "a national embarrassment and a national disgrace."

He also falsely claimed that the protesters who descended upon the Capitol to protest Kavanaugh's confirmation were paid actors who were upset because they had not been paid.

"Now they want to protest because they didn't get paid yet and they want their money," he said. He also encouraged Iowans to vote Republican because Democrats would impeach Kavanaugh. "But I have to go first," Mr. Trump joked, about Democrats' desire to impeach him.

Also Tuesday night, the crowd in Iowa began chanting "Lock her up!" about Democratic Sen. Dianne Feinstein of California. Mr. Trump has alleged Feinstein, the ranking member of the Judiciary Committee, leaked an allegation of sexual assault against Kavanaugh by Dr. Christine Blasey Ford in an attempt to sink his confirmation. Feinstein has denied her office was the source of the leak.

Normalizing this behavior should have penalized the GOP with the media. This story is so full of bullshit that you can’t even factor in how badly it misinforms the American people and damages our institutions because that’s what virtually every Trump rally has as its mission. The mere act of covering a Trump rally hands free propaganda to the Republican Party. They won’t cover Democrats because who in the world would ever say this crazy shit and expect to be taken seriously?

This is the world we live in now. Only Trump gets covered because they know he’ll barf out something horrible and controversial that will function as click bait and make media companies a lot of money in the short term. In the long term? Oh, boy.

The fact that a president campaigning for re-election over two years out would need to use his rabid base to threaten a Senator with incarceration is out of some crazy script about political intrigue that couldn’t get made because of how implausible it all is. This is not right, this is bonkers, and it’s well past the time for the media to identify it as such. It’s dangerous, it incites violence, and it will not be a pleasant thing to watch Trump try and hold on to power.

I say that the media should just list the lies that he told and call it what it is—another attempt to deflect criticism from his criminal enterprises. The Trump Regime is all about window dressing and Italian fascism anyway, so what would be the loss if these “rallies” were just dismissed outright?