Another Unfair Hit Piece in the New York Times 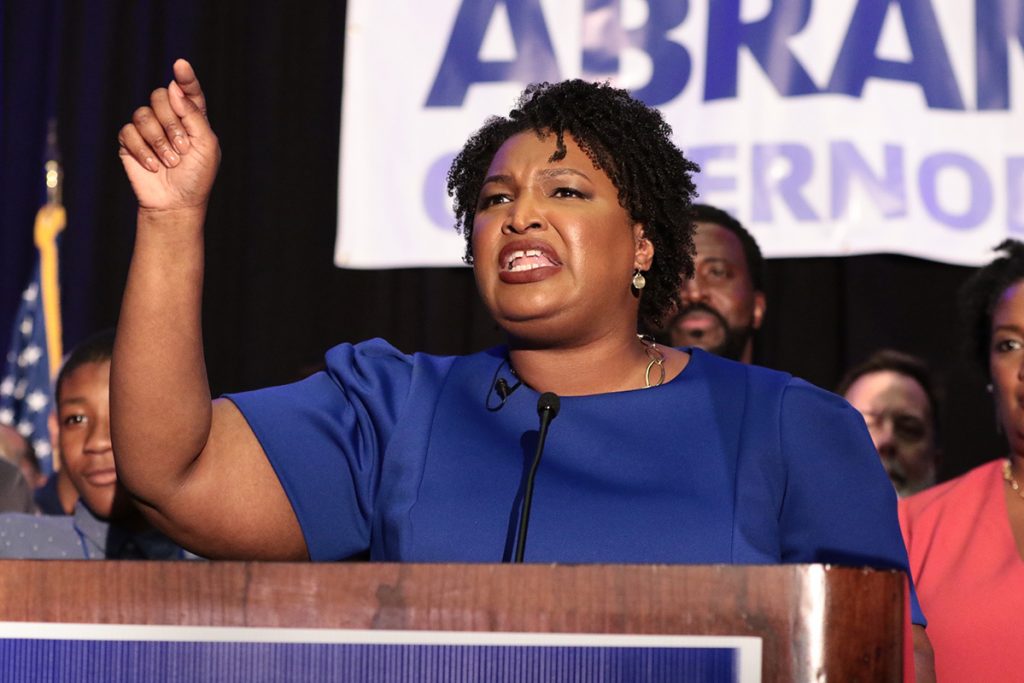 Would it shock you to learn that Georgia Democrat Stacey Abrams once burned the Georgia State Flag because it used to showcase the Confederate Battle Flag? Probably not, and good for her—plenty of people should have protested the Confederate Flag back then, and they should be doing it today.

Here’s how the story is being framed, however:

Oh, so it’s a “flag burning” incident is it? Well, wait a minute, did she burn the Georgia flag or the American flag? Because in this unfair hit piece from the Fucking New York Fucking Times, it sure looks like she burned “the flag” as opposed to “the Georgia State Flag, which contained a Confederate Battle Flag replica.” 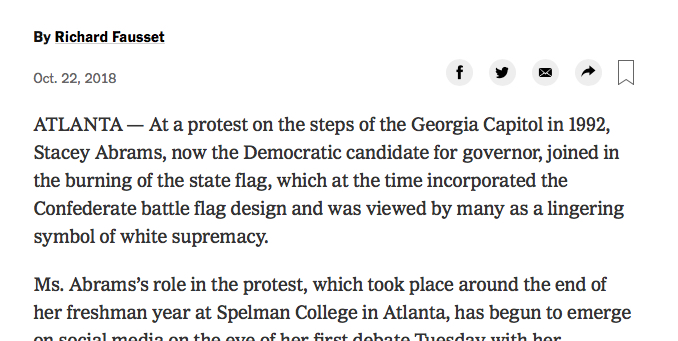 The article does clearly state that she burned “the state flag” and not “the flag.” However, the piece was distributed with the more click-bait friendly language that would get you to believe Abrams burned the American flag.

Here’s what she did, by the way: 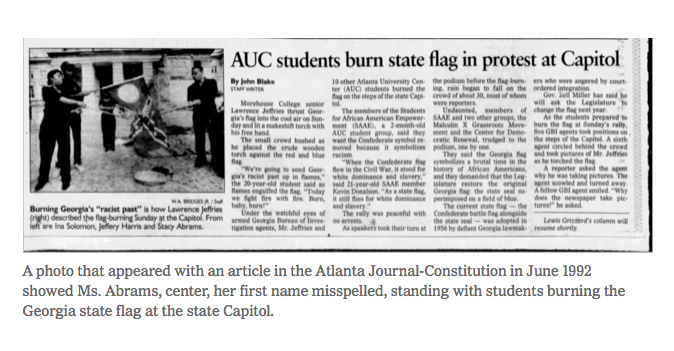 I can clearly see the Confederate Battle flag being burned here, and I’m all for it. However, this hit piece is clearly being set up to deliver the Georgia governor’s mansion to another white supremacist named Brian Kemp. There is no reason to dump this story into the mix at this late stage—it wasn’t hidden. It was in the Atlanta Journal-Constitution and she was burning the right goddamned flag at the right time in history you ignorant fucks.

Thanks, New York Times. Thank you, Richard Fausset. Over fifty years ago, the New York Times helped tell the story of Civil Rights and white supremacy in this country, and it helped convince the American people that we had to get on the right side of history. Everything we gained is being lost, day by day, hour by hour, in the Trump era. You can feel the country sinking into the slime.

Flash forward to today, and the New York Times is running interference for white supremacists who strike hundreds of thousands of people from the voter rolls in order to maintain power. That’s today’s working media—a veritable refuge for scumbags, cowards, and alt-right trolls.