We Keep Failing Our Veterans 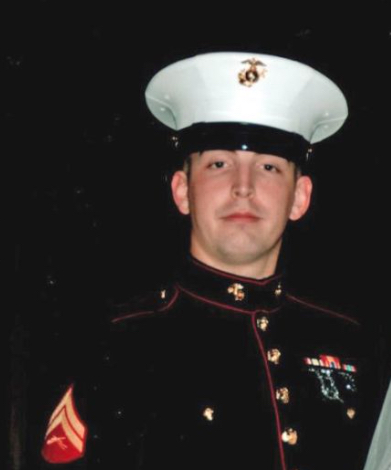 Justin Miller shot himself after the Veterans Administration failed to provide him the help he needed:

When he went to the emergency department at the Minneapolis Department of Veterans Affairs hospital in February, Miller was trying to fix himself.

He sought help from the VA while struggling with suicidal thoughts – feelings of helplessness, frustration and anxiety. After spending four days at an inpatient mental health unit, he left the hospital, went to his car and shot himself. Police found his body the following day, his phone full of voicemails and texts from his father, Greg Miller, with one message sent over and over again: “I love you. We love you. Come home.”

His treatment at the Minneapolis VA Health Care System was the subject of a report released this week by the VA Office of Inspector General.

For the first two days of his stay at the facility, nurses marked in his medical record that Miller, 33, repeatedly asked about a treatment plan. According to investigators, he would never get a sufficient one. The inspector general’s office found VA staff made several mistakes in Miller’s case, including not providing him with an adequate plan when he was discharged.

When Miller left, he was marked at “moderate risk” for suicide. He left without a follow-up appointment for his newly prescribed antidepressants. Staff wasn’t sure whether he had access to firearms, and there was no documentation that they reached out to his family to try to engage them in his treatment.

There was no plan in place because the system failed to provide him the care and support that he needed. Multiply that by however many other veterans have been turned away, neglected, given Advil, or simply abandoned and you’ll see the continuation of the policies and procedures that have failed across both Republican and Democratic administrations. At least, under Obama, there was an effort to put competent people in place, but still. It wasn’t enough then and it’s not enough now.

How many more Justin Millers will there be in the days, weeks, months and years ahead? How many veterans are still being swept under the rug, given vague, disinterested answers before someone does something?

Accountability is the key. I support candidates who will fix these issues. I support spending more money to help veterans get the help they need. You wanna raise my taxes?

I don’t give a fuck. Help these people.