Trump is a Failed President, Of Course 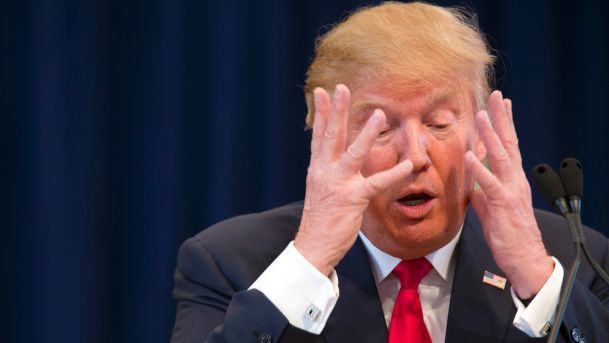 You did not need Bob Woodward to tell you that the presidency of Donald Trump is a complete and utter fiasco, and a failure of Biblical proportions. You already knew that.

What I think is missing here, among all of the stories and hot takes about how bad things are, is a media correction that says, "Trump has failed." It's time for the media to begin to say, "the Trump presidency is a failure, and America needs to go in a different direction."

Every time I turned around during the Obama years, all I ever heard from the media was, "Obama is failing to lead, Obama needs to tell Congress what to do, and Obama needs to provide leadership."

Fuck that. Obama was the best president of my lifetime. They wrote those things about him because, as members of the elite media, they were jealous that someone their age or younger was so much better at leading this country than say, oh, I don't know, the cranky old fart who called them dumbasses and jackasses whose name rhymed with John McCain.

I want to know, where is the media narrative that was shoved down our throats when Obama was "failing" as president even though he plainly wasn't?

Where are the stories?

Who is writing that "Trump has failed?"

Not enough of these stories are being written.

He failed to pass meaningful legislation until they rammed through a debilitating tax cut. All of his immigration policies are racist. His foreign policy is a debacle repeated for each situation. His economic policies have largely benefited from the fact that Obama left him a pretty good economy which Trump has done his best to ruin. He has not connected with decent Americans, enjoying popularity only with the fringes of American discourse and your garden variety racists/Nazis/members of the Pence family. The Federal Bureau of Investigation will not realign itself with the Republican Party for the next thirty years. Even the Goddamned staffers are unhappy and disgruntled. Oh, and whatever happened to Camp David? One of the greatest presidential perks has sat unused and neglected. I hope someone is trimming back the weeds.

There is nothing positive to say about this shitheel of a man. Everything has ended in failure, and all that is left is for someone to escort him to the door. A reasonable person would have resigned by now, shamed by an incomparable level of incompetence and venality. This feeble man probably shits himself, daily, and when this is revealed, no one will bat an eye.