There Is No Decent Version of Trump 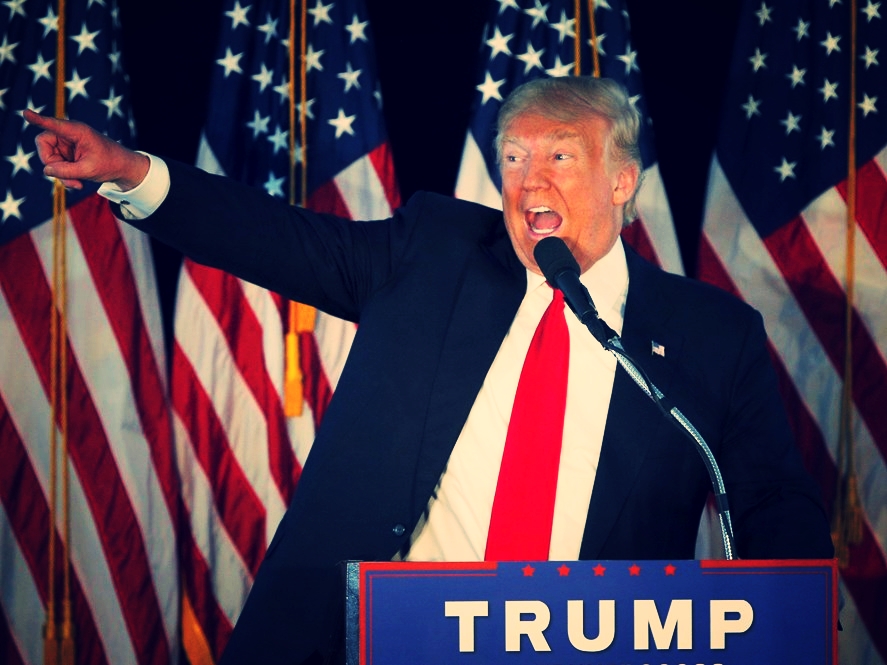 This lengthly excerpt is all you need to know about what's really in Trump's heart:

Bob Woodward's upcoming book offers new insights into President Donald Trump's anger over advisers' efforts to clean up his explosive "both sides" remark on the violence last year at a white supremacist rally in Charlottesville, Virginia.

The Pulitzer Prize-winning author's new book, "Fear: Trump in the White House," is being released September 11. CNN obtained a copy.

Trump's August 2017 remarks concluding there was "blame on both sides" for the violence was a stunning moment early in his presidency that ignited a backlash over his views on race and consumed the White House for days. The new revelations may reopen that debate.

In the book, Woodward describes how then-White House staff secretary Rob Porter worked with Trump to write a second speech to try to repair his initial comments about violence at the marches.

Porter tried to convince the President he needed to clarify his remarks. But Trump appeared to resist, according to the book, repeatedly saying: "I don't know about this. ... This doesn't feel right to me."

Eventually, Trump agreed, and two days later in a televised speech he denounced racism, the "KKK, neo-Nazis, white supremacists and other hate groups." Woodward describes how White House aides were relieved, and chief of staff John Kelly encouraged staff to tell the President what a good job he did.

But then Trump turned on the TV.

Hold on to your ass, Fred.

One Fox News commentator gave Trump praise but also added, "That's almost an admission of 'Okay, I was wrong.'" Then Fox News correspondent Kevin Corke said: "Some 48 hours into the biggest domestic challenge of his young presidency, Mr. Trump has made a course correction."

Trump exploded at the coverage, Woodward reports. "That was the biggest fucking mistake I've made," the President told Porter. "You never make those concessions. You never apologize. I didn't do anything wrong in the first place. Why look weak?"

Trump continued venting to Porter, Woodward writes. "I can't believe I got forced to do that," he said. "That's the worst speech I've ever given. I'm never going to do anything like that again."

One day later, Trump spoke at an unrelated Trump Tower event, where he surprised his staff and doubled down on his original sentiment that "both sides" were to blame for the violence, equating white supremacists with what he termed the "alt-left."

Porter was shocked, Woodward writes, and told Trump he thought the second speech was the only good one.

"I don't want to talk to you," Trump responded. "Get away from me."

He's a deranged bully, and he loves Nazis.

Really, what more do you need to say about Trump? He wants to appear tough, and he wants his "base," which are pretty much leaning fascist at this point, to see him as infallible. Every single attempt that has been made to help him appear presidential has failed, utterly. He is a corpulent pile of shit, through and through, and there will never be a version of Trump that resembles any decent human being who has ever lived.

Oh, and when Obama was president, all of Woodward's books were "suspiciously accurate."