The President is Supposed to Defend the Press 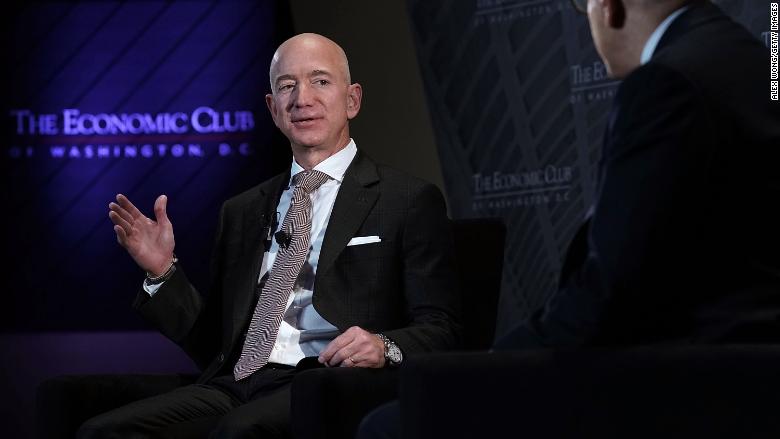 The best trick Donald Trump ever pulled was to make people think that he did not have to act presidential:

Amazon CEO Jeff Bezos, who typically tries to stay out of the political fray, mounted a vigorous defense of press freedom on Thursday evening, saying President Donald Trump should be glad to face media scrutiny.

The remarks came during an hour-long, freewheeling conversation with hedge fund billionaire and philanthropist David Rubenstein at an annual gathering of the Economic Club of Washington, which Rubenstein leads. After discussing the success of the Washington Post, which Bezos bought in 2013, Rubenstein asked how Bezos responds to criticism — some of which comes from Trump's Twitter feed — of Amazon (AMZN) and the Post.

"I don't feel the need to defend Amazon," Bezos said. "But I will say this: I do think it's a mistake for any elected official to attack media and journalists."

Decent people should not be in agreement with Jeff Bezos. We should be bitching at him to pay his workers more. But, here we are, on the right side of the issue that has been there since day one—Trump can’t stand up to any scrutiny because he is inherently corrupt. So, of course, he’s going to attack the media. They have the goods on him.

Trump’s job is actually pretty easy. He’s working, at best, a few hours per day and he’s playing golf like he retired a decade ago. All he has to do is not do the horrible shit he seems incapable of not doing. If he were to appear every couple of days, wave at a camera, and walk off with a smile, his approval rating would be in the high 70s.

Instead, we’re treated to the sickening display we’ve seen over the last week, which left me incapable of really writing anything or functioning because how do you respond to a daily avalanche of filth? How do you respond to a man who doesn’t believe 3,000 people died? Or that he and Paul Manafort didn’t do anything wrong when, clearly, they did?

Can’t someone end our misery?