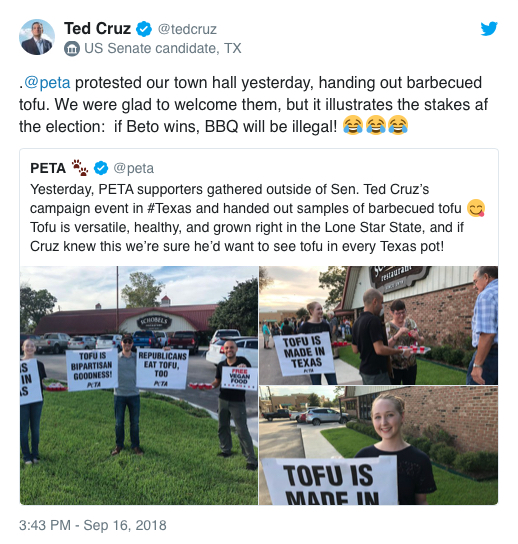 Ted Cruz is ridiculous, of course:

Barbecue has once again made its way into national political discourse. This time, lawmakers are not laughing about the authenticity of the Brooklyn version like they were in March, but instead, the fate of its existence in the Lone Star State.

Republican Sen. Ted Cruz, who is locked in a tight fight for his seat with Democratic Rep. Beto O'Rourke, lampooned his opponent in a warning to Texas voters on Twitter Sunday: "if Beto wins, BBQ will be illegal!"

I would be leery of any politician who tries to “humanize” themselves with humor or satire without actually being good at it first. Cruz is no Al Franken.

I would also caution people to avoid using summary judgements about people. One of the things I’m anticipating is for the GOP to use something against Beto O’Rourke that is poorly sourced, made-up, or just plain crazy.

A reminder, though, that this actually happened: 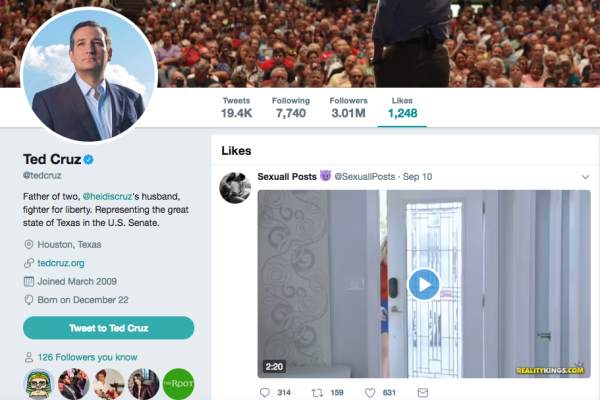 Some party of family values, huh?

Ted Cruz can try to humanize himself all he wants, but, at the end of the day, he’s just another beta cuck with no control over what gets liked on his Twitter feed.