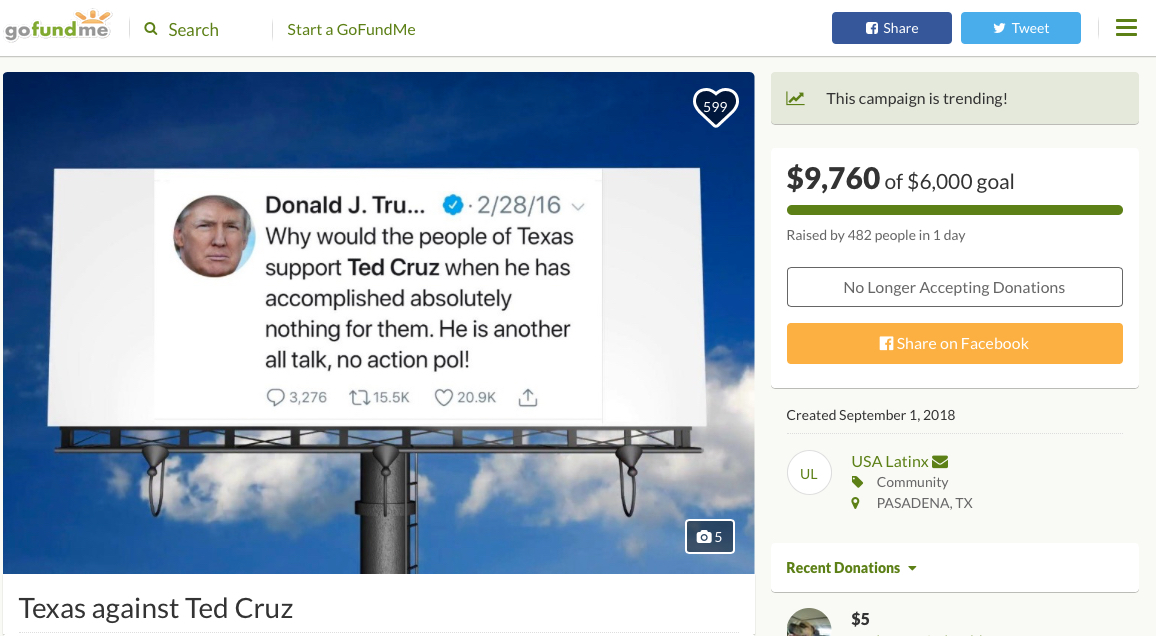 Ted Cruz couldn't be more unpopular in Texas if he tried, and Lord knows he has.

At this rate, putting up billboards that mock and humiliate Ted Cruz will unite the good people of Texas behind one common goal--electing Beto O'Rourke to the Senate.

Their GoFundMe was swamped with donations when they asked for cash to install this mockup billboard. There will be more of this. The momentum is shifting.

I suspect that Cruz has already been told he will be the new Attorney General when and if Trump fires Jeff Sessions. At the very least, putting Cruz in the unemployment line is of paramount concern. Democrats everywhere are working to make this happen, and bless them for their efforts.