Did Brett Kavanaugh Lie to the FBI? 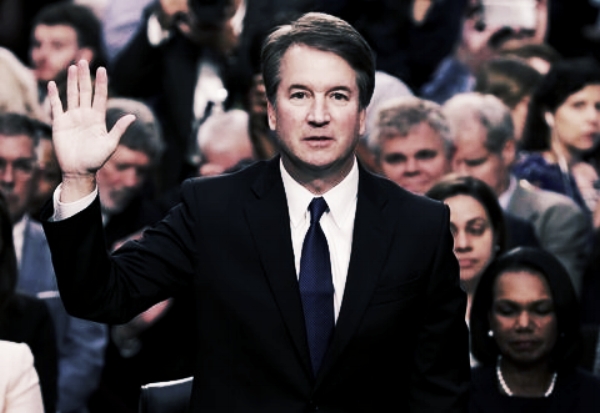 Brett Kavanaugh really doesn’t want to have to sit down with the FBI and talk about the accusations against him:

[Senator Charles] Grassley continued Wednesday to resist calls by Democrats and [Dr. Christine Blasey] Ford for an FBI investigation into the claims against Kavanaugh.

"We are doing everything that we can to make Dr. Ford comfortable to coming before the committee in an open session or a closed session, or a public or a private interview," the Iowa Republican told reporters on Capitol Hill Wednesday. "That's four different ways she can choose to come. So, I'm not worried about anything other than just focusing for the next few days on encouraging her to come."

They want to sweep this under the rug and make it a simple case of 'he-said, she-said’ before all of this is over. I believe that this is because the FBI has already asked Kavanaugh a slew of questions about his behavior, his use of alcohol and drugs, and whether there is anything in his background that would cause someone to question his ethics or judgement. They have likely asked these questions of Kavanaugh several times, since this is standard for how the FBI does background checks into Federal officials who are being appointed as judges or Supreme Court Justices.

So, at least twice now, Kavanaugh has given sworn statements to the FBI. What’s the chance that he was forthcoming and honest, given the fact that he’s had a history of not telling the truth?

If you think about it this way, the people shepherding Kavanaugh through this process already know that there are women who are going to come forward and make these accusations. They know that, when Kavanaugh was up for the Federal bench during the Bush years, he lied about those incidents and he lied about how he behaved in college. He lied because he believed there were enough people to help create a firewall between him and the truth. He lied because he’s a privileged frat boy who can’t help but stumble drunkenly and recklessly through life. Someone else will clean it up; someone else will pay off his debts and he’ll get a free ride for the rest of his life because he went to the right schools and served the right masters.

What these people backing him knew, going into the confirmation hearings, was that he had to be protected from having to talk to the FBI again. And why is that?

They probably suspect, and I strongly suspect, that there are people who have damning evidence of Kavanaugh’s behavior in high school and college. Pictures, testimony, statements made at the time, diary entries, and things of that nature. Impossible to refute stuff. They know this is out there, and if he goes in front of the FBI and lies again, this evidence will drop like a ton of bricks.

Oh, and Kavanaugh will go to prison for lying to the FBI.

That’s why Grassley won’t let the FBI investigate this, as per usual. They know this nomination is toxic and they’re about to put a severely compromised individual who has no business being a Supreme Court Justice through a confirmation process that is completely and utterly illegitimate.

This is a sham, and it’s an outrage, and it will lead to these same senators having to vote to impeach and remove Kavanaugh from the bench after a lengthy, drawn-out process none of us should have to live through.

They know it, and they’re too fucking weak and cowardly to admit it.

Goddamn these people. Goddamn all of them.