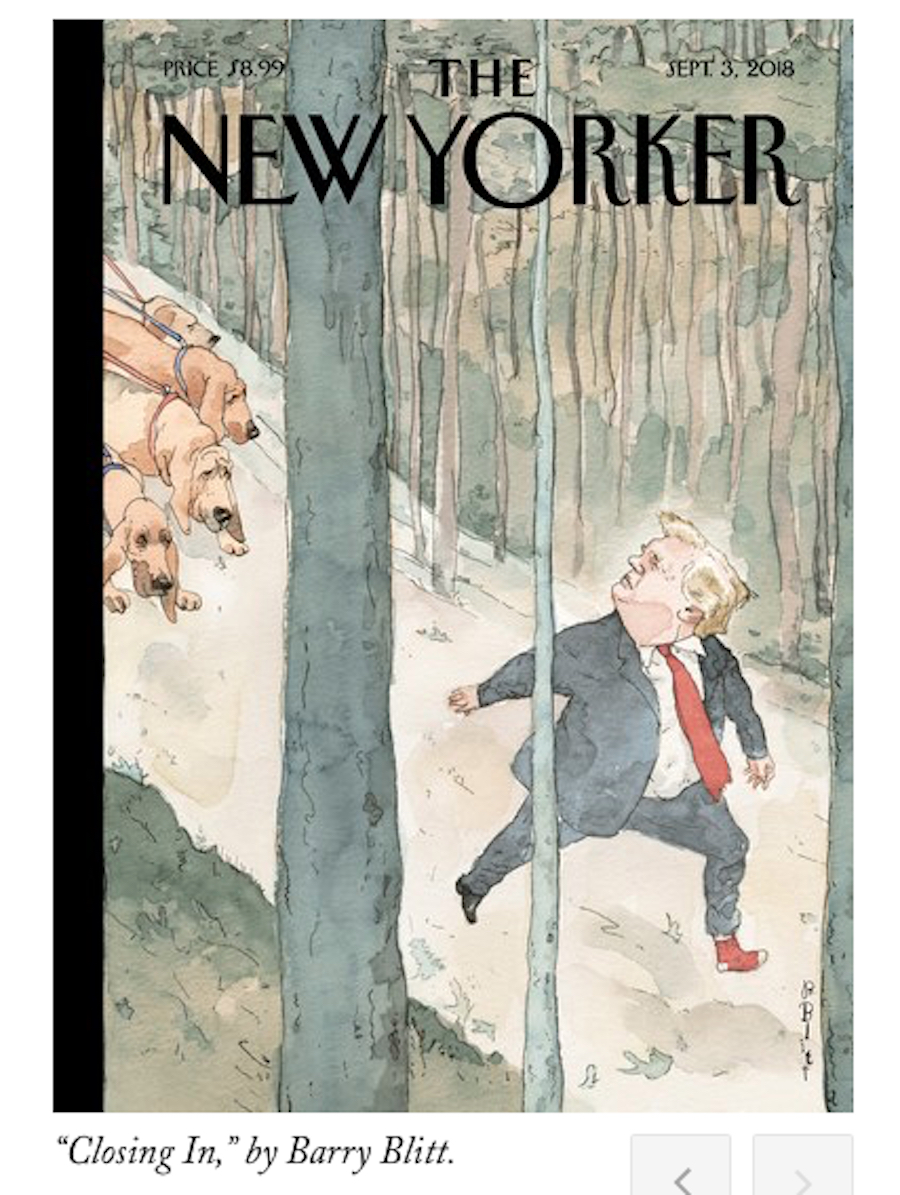 This whole fiasco of a "presidency" has done more damage to the psyche and soul of the American people than anything I have ever lived through. I was a child when Watergate happened. They system worked, and a president was chased from office. I was aware of the whole Clinton thing, obviously, and that was nothing compared to what we are suffering right now. Trumpism is a joke told behind the back of the American idea. It's a juvenile, shitty trip through a toxic waste dump of hatred perpetrated by the worst impulses of the human soul.

We arrive at the last day of August, which I can assure you is just another day, another marker, another tick on the calendar for every person suffering under the heel of these immoral ass clowns. I am assuming that everything after this is going to be a huge ball of shit, rolling down hill, so keep a cheerful thought. We have children to reunite, policies to wipe away, orders to rescind, and a thousand other cleanup tasks that will require years to fix.

Trump won't leave office unless forced. There is no way any of them will give up power unless what comes after them is worse than anything we can imagine. It won't be bloodhounds in the woods. It won't be the "Marshal of the Supreme Court." It will be a plain-spoken man with paperwork, and what's printed on it will shock about two-thirds of the citizens of this country to the core.

The rest of them you can ignore for the rest of your life. They prefer their stupidity and their ignorance to having to engage in civil discourse. There are vast numbers of adults who will never admit they were wrong and will cling to the horrors of Trumpism in much the same way a Yankees fan will insist that what you saw with your own eyes wasn't an out at all but a scheme by the umpire to rob them.

Expect a lot more damage until the ship is righted. Who knows what will happen? Anyone who says they know is lying to you, just like this fool of a man who stole the presidency with the help of some Russians who aren't going to live much longer.