The Problems We Should be Solving 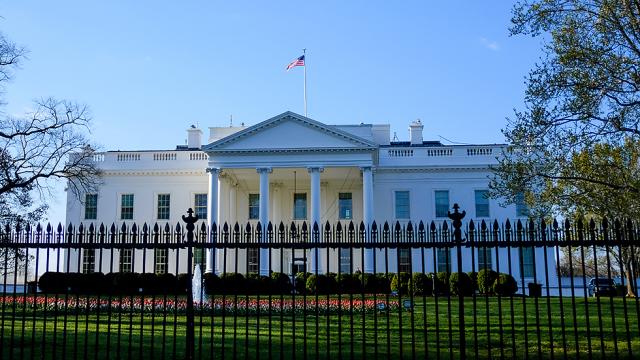 Here are three problems that are being ignored because we have an idiot in the White House who is fighting for his political survival by tweeting out obstruction of justice every chance he gets:

1. The people of Puerto Rico are suffering and need our help because thousands of them died last year in a hurricane and nobody in FEMA cares because Trump hates people of color:

The government of Puerto Rico is finally prepared to admit what academics and journalists have been asserting for months: The death toll from Hurricane Maria is far more than the official count of 64. The storm, which hit the southwest corner of the island on September 20, 2o17, actually killed 1,427 people, the Puerto Rican government says in a report set to be released Thursday.

The discrepancy between the official count and the one acknowledged in the new report is largely due to the types of deaths considered to have been caused by the storm. Some, including the drownings in the storm’s immediate aftermath, are obvious. But the many Puerto Ricans who died during the mass blackouts in the days, weeks, and months after Maria, haven’t been included in all death counts.

It is not just the discrepancy about how many were killed; the people of Puerto Rico are still living in abject misery because no one is helping them. This is a totally avoidable problem that was created because of the apathy of the Federal government towards doing what is necessary. Instead of helping Americans (yeah, everyone in PR is actually an American), we gave away money to the rich.

2. Bankruptcy is wiping out older Americans at an alarming rate:

There is no reason that, in the world’s wealthiest country, so many older people face such daunting odds of making ends meet. But alarming new research shows that Americans 65 and older — when they should be enjoying their golden years in peace — are filing for bankruptcy at a rate three times higher than they did in 1991.

It’s not as if Baby Boomers are retiring earlier: Studies show that more and more people over 65 and even over 70 are remaining in the labor market, and many of them are saving more than previous generations (especially women, according to a Pew report). But older Americans increasingly face stark economic conditions over which they have little control, like skyrocketing medical costs, disappearing pensions and debts that used to be exceedingly rare among retirees (like student loans carried or cosigned for children).

The Affordable Care Act reversed this trend; now, because of what Trump and the GOP have done to wreck it, the bankruptcies are surging. Instead of giving all that money to the rich, we should have used it to help people remain solvent. Doing so would have allowed them to hold onto their homes and continue to live with dignity. In the Trump era, you can count on one thing--no one fucking cares about dignity.

3. We are still not dealing with the opioid crisis like any normal, functioning society would:

The number of women giving birth while addicted to opioids more than quadrupled between 1999 and 2014, according to new data published Thursday by the U.S. Centers for Disease Control and Prevention.

The data illustrates, among other things, “the devastating impact of the opioid epidemic on families across the U.S., including on the very youngest,” said CDC director Dr. Robert Redfield. “Each case represents a mother, a child, and a family in need of continued treatment and support.”

To compile the numbers, researchers analyzed 15 years of data from 28 states. In 1999, 1.5 out of every 1,000 babies born were delivered by women suffering from opioid addiction. In 2014, that number reached 6.5 babies per 1,000 births. There were broad differences across states in the number of women giving birth while addicted. Vermont saw the highest rate, with 48.6 cases of opioid use disorder for every 1,000 deliveries. The numbers were the lowest in the District of Columbia, where 0.7 out of 1,000 deliveries were by addicted women.

I know that the Obama Administration tried to do what it could to fight this problem, but they were constantly being starved of resources because the opioid manufacturers were shoving cash towards every member of Congress who would take it and vote to keep them in business. It wasn't just the gun industry--it was everyone hell bent on wrecking this country. The next time there is a Democrat in the White House, count on two things. One, using an Executive Order will be TYRANNY!!! OMFG!!! and two, there will be "no money" to fight any of these problems because the DEFICIT!!! OMFG!!! will suddenly become an issue once again and the stupid media will play along.

These are just three things that we should be concentrating on and fixing. We can't do that. We have to deal with Trump's existential public meltdown, the corruption and incompetence of everyone around him, and a political system that has ground to a halt because we have to follow an election calendar.

If you imagine any Democrat anywhere with one tenth as many scandals as Trump, he or she would have been forced to resign and we would be holding early elections.

America is chock full of problems that we need to solve but just happens to be paralyzed because of our own outdated customs and traditions. These things only matter when it is necessary to stop a Democrat from spending a nickel. These things are changeable and flexible when a Republican wants to make a rich person feel better or when it comes to bombing someone in an unlucky place with brown skin back to the Stone Age.

Jesus Christ, people. Let's get our heads out of our asses and fix these fucking problems.