Roger Stone Needs a Ride in the Barrel 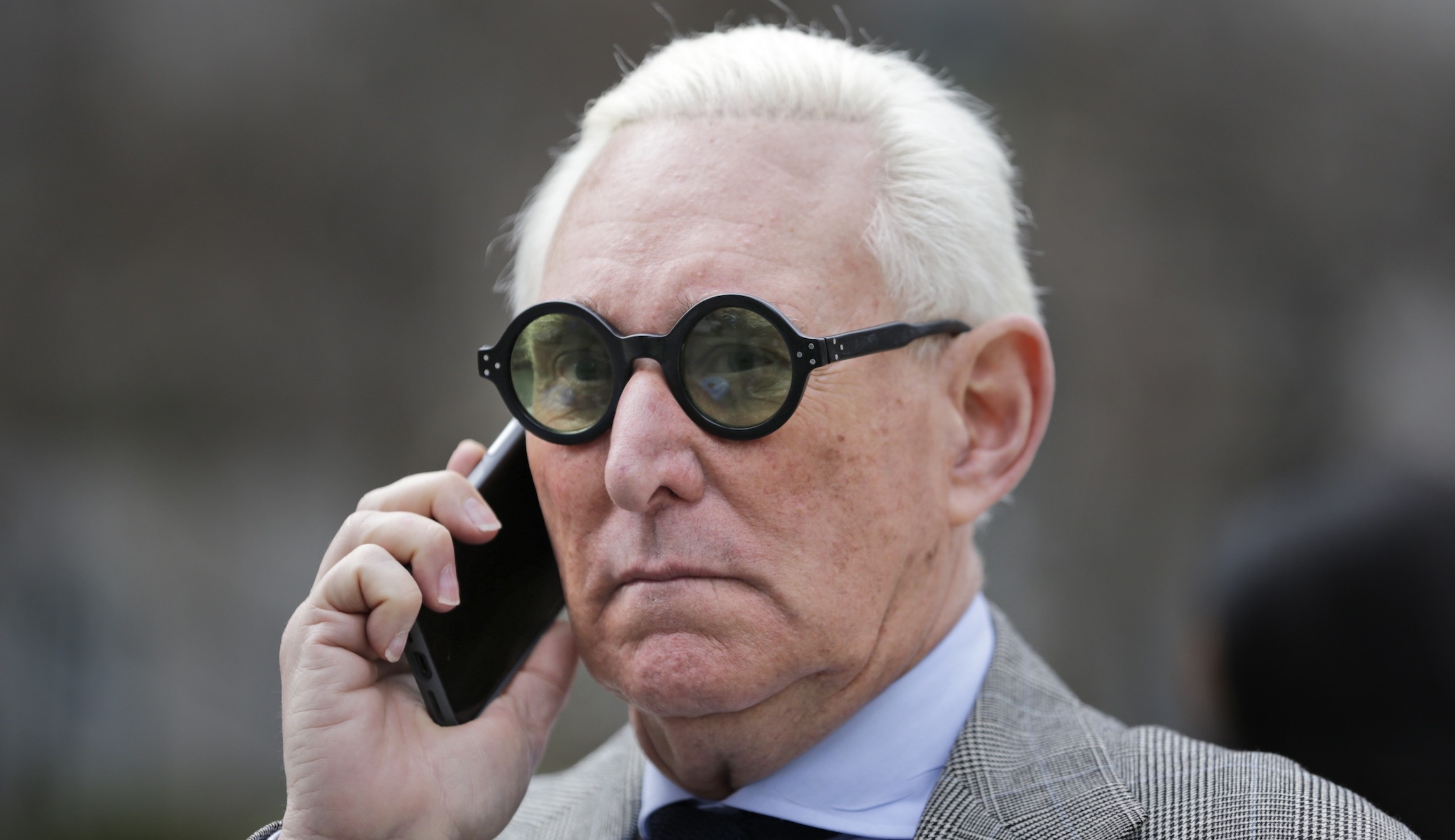 Is this the week that Roger Stone gets indicted?

Roger Stone, the political operative and Donald Trump adviser, is in the crosshairs of special counsel Robert Mueller’s investigation. In the process of investigating Stone’s activities in 2016, prosecutors are also asking questions of his associates.

That includes Kristin Davis, also known as the “Manhattan Madam” who once ran a high-end prostitution ring in New York City. CNN reported Friday that Davis met with Mueller’s team for a voluntary interview, though prosecutors may look to subpoena her and have her testify before a grand jury.

It’s not clear what Mueller’s team questioned Davis about, though it likely has something do with her close ties to Stone. But her appearance in the ongoing investigation into Russian interference in the 2016 election is a bizarre twist — a cameo from a character in a past political scandal.

Davis’s escort service got busted in 2008, around the same time former New York Gov. Eliot Spitzer was linked to a different prostitution ring. (Davis claimed Spitzer was a client, though Spitzer has denied it and authorities never confirmed.) She ran for governor of New York in 2010, and Stone advised her campaign, along with another Stone aide, Andrew Miller, who’s been subpoenaed by Mueller. Davis remains a confidante of Stone’s, and a source told CNNthat in 2016, Davis joined Stone’s payroll to assist with media bookings and other tasks.

If I had to guess, I would say that they questioned Davis about Roger Stone's organization and practices, and asked whether or not he used E-mail accounts not previously disclosed to investigators. Stone has always operated as if he was above the law and smarter than everyone else. If that is, in fact, true, then Stone won't be indicted any time soon.

You only employ someone like Davis when you want to hide your tracks from criminal investigators. They probably brought her in and checked her answers against what they already knew to be true from looking at Stone. If they were able to catch her in any lies, then they would have leverage over her to flip on Stone. I suspect she just sat there and didn't say much, knowing full well that she was not going to turn on anyone. It was probably more for show than anything, and if it caused Stone to panic and commit further crimes, hey, all the better.

I'm thinking that he will be in the first group of low-level Trump officials to be indicted, sort of the D-list of the American half of the Mueller investigation. Stone would be the first guy to flip and the last guy to pay his lawyers.