Reagan Would Have Endorsed Trump 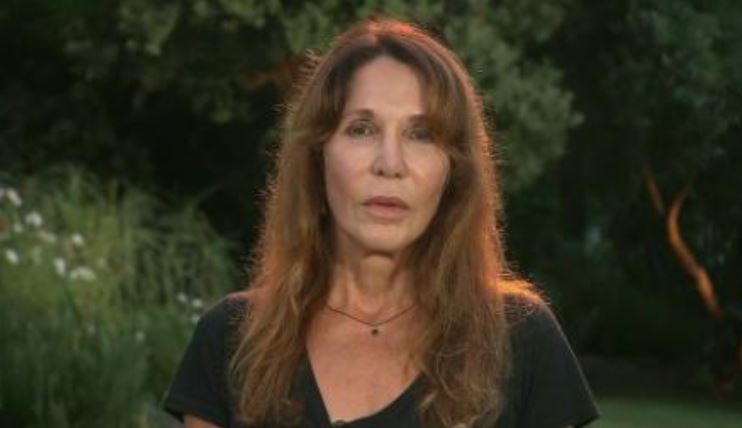 Her late father, Ronald Reagan, was not shy about catering to racists and would not have stood up to Trump. He was a 'go along to get along' establishment Republican who would have been regarded as a traitor because he raised taxes.

What people forget is that Reagan was fond of blowing a certain racist dog whistle as often as possible:

On the stump, Reagan repeatedly invoked a story of a “Chicago welfare queen” with “eighty names, thirty addresses, [and] twelve Social Security cards [who] is collecting veteran’s benefits on four non-existing deceased husbands. She’s got Medicaid, getting food stamps, and she is collecting welfare under each of her names. Her tax-free cash income is over $150,000.” Often, Reagan placed his mythical welfare queen behind the wheel of a Cadillac, tooling around in flashy splendor. Beyond propagating the stereotypical image of a lazy, larcenous black woman ripping off society’s generosity without remorse, Reagan also implied another stereotype, this one about whites: they were the workers, the tax payers, the persons playing by the rules and struggling to make ends meet while brazen minorities partied with their hard-earned tax dollars. More directly placing the white voter in the story, Reagan frequently elicited supportive outrage by criticizing the food stamp program as helping “some young fellow ahead of you to buy a T-bone steak” while “you were waiting in line to buy hamburger.” This was the toned-down version. When he first field-tested the message in the South, that “young fellow” was more particularly described as a “strapping young buck.” The epithet “buck” has long been used to conjure the threatening image of a physically powerful black man often one who defies white authority and who lusts for white women. When Reagan used the term “strapping young buck,” his whistle shifted dangerously toward the fully audible range. “Some young fellow” was less overtly racist and so carried less risk of censure, and worked just as well to provoke a sense of white victimization.

Voters heard Reagan’s dog whistle. In 1980, “Reagan’s racially coded rhetoric and strategy proved extraordinarily effective, as 22 percent of all Democrats defected from the party to vote for Reagan.” Illustrating the power of race in the campaign, “the defection rate shot up to 34 percent among those Democrats who believed civil rights leaders were pushing too fast.” Among those who felt “the government should not make any special effort to help [blacks] because they should help themselves,” 71 percent voted for Reagan.

As for Trump, well, what a shock that he would appeal to these voters 36 years later and walk away with the GOP nomination in a cake walk. Would Reagan have been appalled? Sure, just like every other establishment figure has been appalled but silent. Reagan would have feared Trump's base, which consists of Nazis and flying monkeys and every kind of inside trading kleptomaniac you can name.

That fear would have driven him to literally adopt Trump as the son he never had. Hell, the Reagan-era people who are still alive must be marveling at how Trump and a handful of incompetent boobs have been able to strip the government clean and walk off with enough cash to pay for twenty years of attorney's fees.

What people forget is that Lee Atwater rose to prominence under Reagan and was basically a cleaner and more polite version of Steve Bannon and Roger Stone. Atwater knew that he had unleashed the very popular and somewhat genteel version of white supremacy that paved the way for the voters who embraced Trump. His deathbed tears were enough proof that at least one Republican had a soul. Too bad about the rest of them.

Paul Manafort worked for Reagan. It's not a stretch to suggest that Reagan would have readily endorsed Trump because of smaller government and tax cuts. He would not have cared that the national discourse has been burned to the ground and that some liberals are upset. None of them care about the foundational myths of America. They want white people in charge, they want conservative fiscal policies that blow the deficit sky high, and they know that the next president, a Democrat, will have to fix everything they've broken. The pattern continues.