Is Hope Hicks Wearing a Wire? 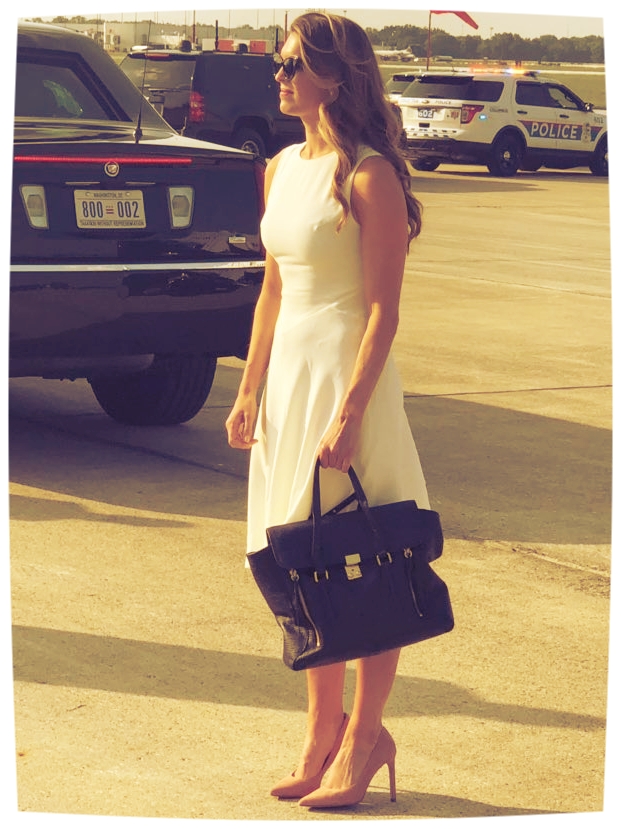 Wouldn't it be hilarious if the FBI put a wire on Hope Hicks and slipped her into the midst of the Trump campaign in order to avoid having to deal with the legal logistics needed to conduct surveillance of the president?

Trump is conducting a campaign event; this means that the counterintelligence investigation of his political efforts should be centered around events such as this and not his day to day operations at the White House. Given all of the people who have flipped so far, it's not too much of a stretch to imagine who might be working with the FBI and who might be scared to talk to people like Hicks who have been out of the loop for some time. The way the Mueller investigation has worked so far is that they have gotten numerous people to switch loyalties long before anyone has wind of it and can shut their mouth.

I have no idea if Hicks is wired up or not. Nobody does! Don't believe anyone who tells you they "know" what's going on. But, for her to show up unannounced like this suggests to me that we're still watching the same terrible gangster movie where none of the characters have any redeeming qualities.

UPDATE: Now, this is an interesting point that I did not even consider:

1. Trump knows Hicks is a witness in a federal case.
2. He's been told he mustn't speak to her.
3. His chief topic in public and private is the Russia probe.
4. Hicks is on a plane with Trump right now.
5. Trump is tampering with a federal witness.