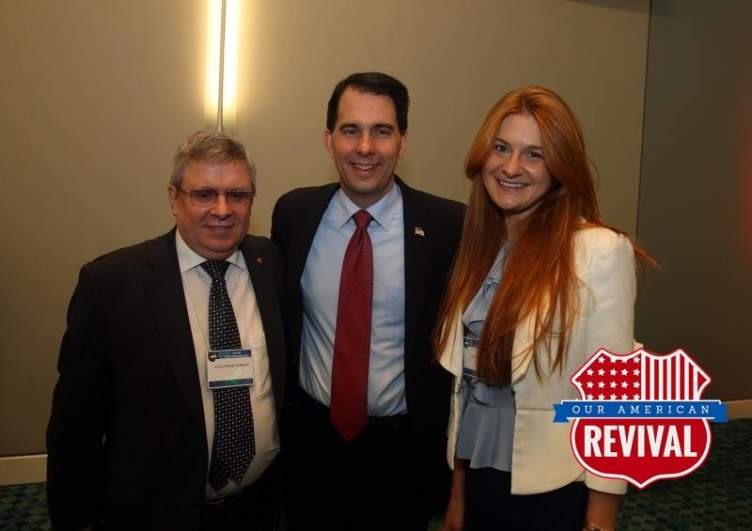 The Justice Department on Monday charged a Russian national, Mariia Butina, also known as Maria, with conspiring against the US as a secret agent.

That means that she is a spy, and that we have caught her, and there is nothing that Trump or the Russians can do about it because she is now in the system. As in, the Justice system. As in, unless they trade her for a certain Mr. Snowden, she ain't going anywhere.

The photo you see above is splashed all over the newspapers in Wisconsin. I'll bet that'll help people make up their minds this November about how they want to vote and what kind of government they want in that fine state.

Miss Butina has, shall we say, honey trap written all over her. Not that I'm speculating, but, wow, how can you not speculate, right? She's probably a good girl from Novgorod or somewhere like that, and she's probably only been a spy for the last decade or so, right?

But, oh, the places she's been!

In 2015, Butina met privately with a political candidate. She also discussed a plan for Torshin to buy a plane ticket for a US congressman to visit Moscow.

Butina met leaders of one political party while being called "a representative of informal diplomacy" for Russia, the affidavit says.

At one point in 2015, she and an American discussed a $125,000 budget for her "special project," to participate in major Republican conferences. The American told her she would have unlimited ability to meet American companies if she could be a potential intermediary to the Russian government, the complaint stated.

Later, following the 2016 presidential election, Butina and the Russian official discussed a possible pro-Russian converence that US members of Congress could attend, according to the documents.

Now, are we talking about Scotty here? Maybe, maybe not. There's no shortage of winner, winner chicken dinner when it comes to the association of Miss Butina and the whole of Republican oligarchy in this country. If you follow this thread, pretty much everyone who is anyone is on there, even Bobby Jindal! 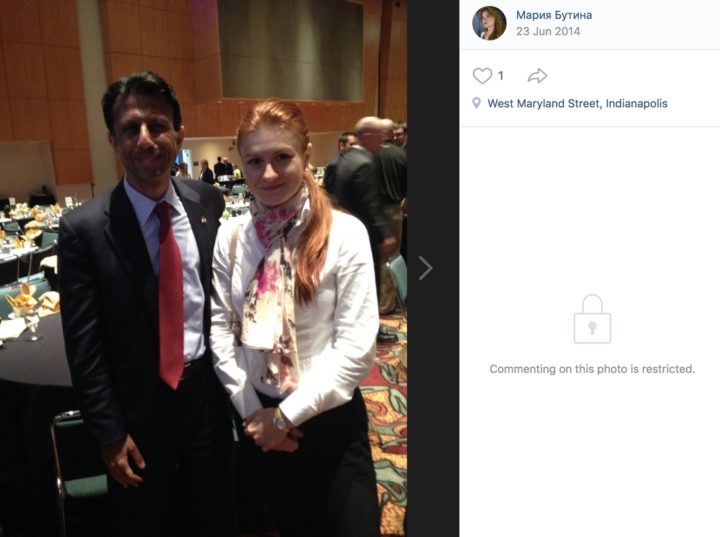 I'm thinking they wasted their money on ol' Bobby, but there you have it.

Pretty much since the beginning of this whole 2016 election fiasco, I have said, "they are all traitors." Well, today, another shoe dropped, and I feel pretty good about what I've written and what I've done. I have to admit--I have quit in frustration, I have been dejected, and I have had my doubts.

Well, not anymore. Treason is in the air, and it comes at you fast when you get caught snuggling up to a trained Russian spy.