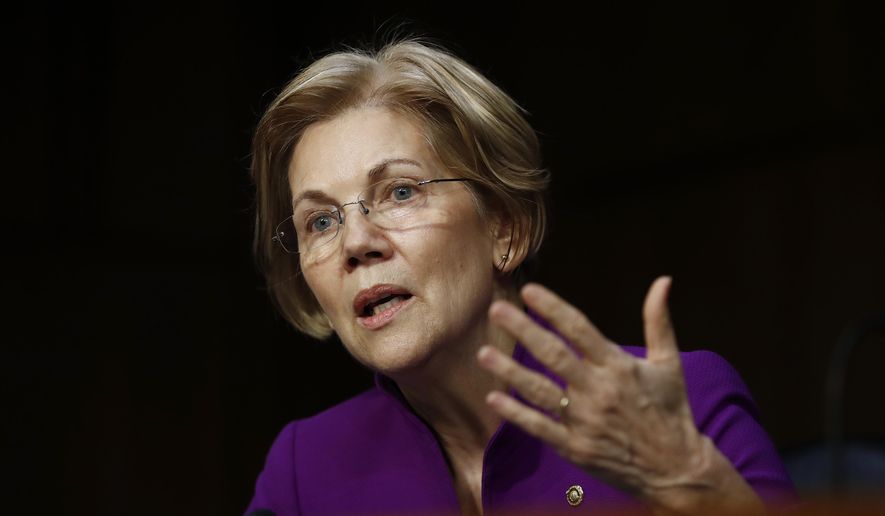 I'm glad we're seeing more and more of that civility we were warned about:

Reviving his "Pocahontas" nickname for the Massachusetts Democrat, Trump asked his audience to imagine him on a debate stage challenging Warren to submit to genetic testing to prove that she has Native American ancestors.

"I will give you a million dollars to your favorite charity, paid for by Trump, if you take the test and it shows you're an Indian," he said. "I have a feeling she will say no."

Trump added, "She's based her life on being a minority."

So, in order for a woman to run against Donald Trump, she has to submit to DNA testing to prove she is Native American? Is that the requirement now? Is that how low we have sunk as a country? To where the President of the United States can say that and make his supporters cheer like screaming maniacs or Nuremberg Rally participants? Who the do these people think they are? Someone behind Trump is feeding him this garbage and he's eating it up.

Here's the kicker, though:

Trump imagined himself sparring with Warren on the debate stage and told the crowd that he would toss her a DNA kit, “but we have to do it gently because we’re in the #MeToo generation, so we have to be very gentle.”

He then made a throwing motion and said that “we will very gently take that kit, and we will slowly toss it, hoping it doesn’t hit her and injure her arm.”

Nobody should have to prove that they are an American to the likes of the racist trash running this country. To do so would be the most un-American thing imaginable.

Nobody should be subjected to this nonsense. This is the normalization of a shocking indecency and the acceptance of a low standard of behavior. It is demeaning and sexist on a scale that should be condemned everywhere. We already know the media will shrug and temper their response so as not to lose access to the Trump Regime. We already know this will blow over by Monday morning.

If Senator Warren were to call their bluff and do it, and if it came back she was some percentage Native American, so what? It wouldn't be enough for these bloodthirsty shitheels. They would hound her some more, encouraged by the freak show presidency that has been inflicted upon us. I expect the entirety of any campaign against her to focus on the fact that she's supposedly not fuckable anymore, and I wouldn't put it past the media to frame things in this sickening manner.

Why does this sound exactly like the sustained effort to delegitimize President Obama by insisting on seeing his birth certificate? Or the equally laughable effort to paint him as a homosexual because of his attractiveness? The superficiality of Trumpists is always on full display.

The most offensive part of this isn't even calling her by the name "Pocahontas." It's the whole "she's based her life on being a minority" crack and it is fundamentally racist and degrading in nature. That is not what Senator Warren has done. She has based her life on serving the American people. No wonder they hate her so much.

Every Republican who fails to condemn this sickening bigotry is complicit in a crime against the American ideal. It doesn't matter who you are or where you come from. What matters is that you're not a steaming turd pile like Trump, of course.