The Fixer is Shopping For a Deal 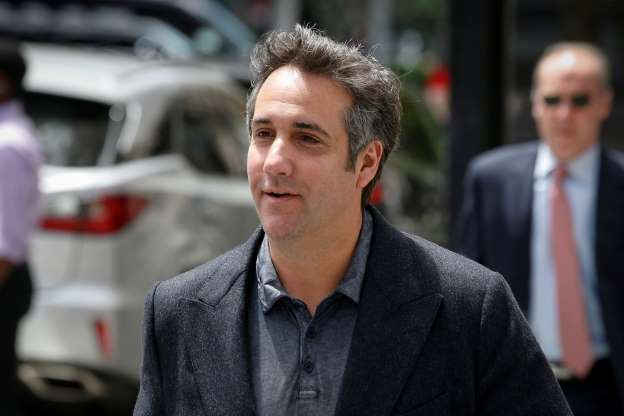 Trump's personal lawyer acts like a man who knows he has committed multiple felonies and wants to spend less than ten years in prison:

President Donald Trump's longtime personal lawyer, who once said he would do anything to protect the president, told ABC News in an interview released Monday that he now puts "family and country first."

In Michael Cohen's first interview since federal agents raided his home and hotel room as part of a probe into his personal business dealings, he was asked what he would do if prosecutors forced him to choose between protecting the president and protecting his family.

"My wife, my daughter and my son have my first loyalty and always will," Cohen told ABC's George Stephanopoulos in an off-camera interview that was reported on "Good Morning America." ''I put family and country first."

Prosecutors may not have already explained what they intend to do to Cohen, but it's readily apparent that the FBI walked off with enough physical evidence to bury Cohen under a mountain of charges that he knows he's not smart enough to get out from under. And you have to give Cohen credit for knowing that he's screwed himself. He's doing exactly what a man in legal jeopardy has to do when the Feds have him dead to rights. He's cooperating, and that spells trouble for Trump.

That's my impression of the whole thing--the tough, smarter-than-you bravado is gone. There's no talk of stormtroopers rifling his belongings or attorney-client privilege. There's just the humble realization that the law has caught up with a man who probably always figured Trump would abandon him. There is one thing you can count on with Trump--he will answer everything with cruelty if it isn't flattering.

Doesn't this seem like it's happening in a weird bubble? This is the personal attorney of the President of the United States. How the hell does Trump not resign in shame over this? Cohen flipping for the Feds is a catastrophic event, one that should have half of Trump's aides running for the doors (the other half being too stupid to see what's coming). We are about to get more insight into Trump's business dealings, which seems to be an exercise in wading through the filth and slime of a life spent screwing anyone and everything in order to make a dishonest dollar. And we're probably going to learn the names and faces of a whole lot of women who probably thought that getting paid to stay silent was the best deal they could get.

Honestly, though, I believe that what the Feds have on Cohen is going to shock the living hell out of a lot of people.