The Collapse of All They Hold Dear 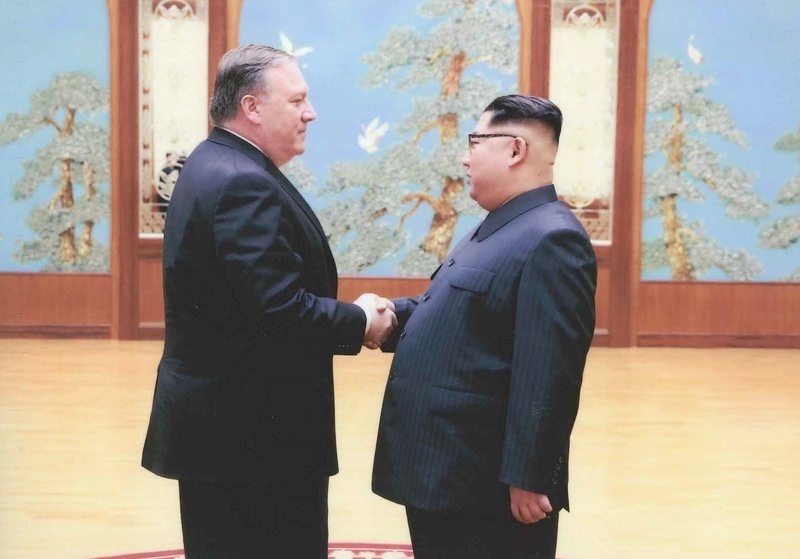 It didn't take long for the Trump Regime's bullshit policy with North Korea to collapse, did it?

On Saturday, after Secretary of State Mike Pompeo finished talks with North Korean officials in Pyongyang, Kim Jong Un's foreign ministry accused the Trump administration of a “unilateral and gangster-like demand for denuclearization." It was an immediate and sharp contradiction to President Donald Trump’s rosy descriptions of his North Korea diplomacy.

The harsh statement also illustrates the risks of putting so much stock in a ceremonial summit, now that last month's meet-and-greet between Trump and Kim in Singapore is colliding with the hard-nosed reality of enormously complex nuclear negotiations.

This dissonance between fact and fancy was made clear earlier this week. After NBC News first reported that Pyongyang was in fact expanding elements of its weapons program, the president tweeted, “Many good conversations with North Korea — It is going well!” He added: “If not for me, we would now be at War with North Korea!”

Let's see, we elevated Kim to world leader status, screwed our South Korean allies over, and suspended training exercises to appease not only Kim but the Chinese and the Russians, who are extremely sensitive to the fact that we can project power around the globe with ease and make everyone who fights alongside of us stronger and better. That's what we traded in order for the North Korean policy to collapse. That's what we gave up in order for the an American Secretary of State to fall on his ass and look like a boob.

What is there to salvage? The North Koreans have pulled down our shorts. American credibility is gone. American prestige is a thing of the past. American diplomacy is in the hands of an illegitimate band of comatose meatbags of shit. And America's allies are looking for alternatives.

If, by magic, they can smooth all of this out, who seriously believes North Korea will figure out that "denuclearization" means they have to give up nuclear weapons and technology and the means to deliver weapons? Hey, I have some magic beans for you, sucker. All you have to do is trade away everything that keeps you in power and you can have them.

I mean, what the hell, people? It's not like all of us darned liberals haven't been telling you how this would turn out.