Russia is Still Afraid of NATO 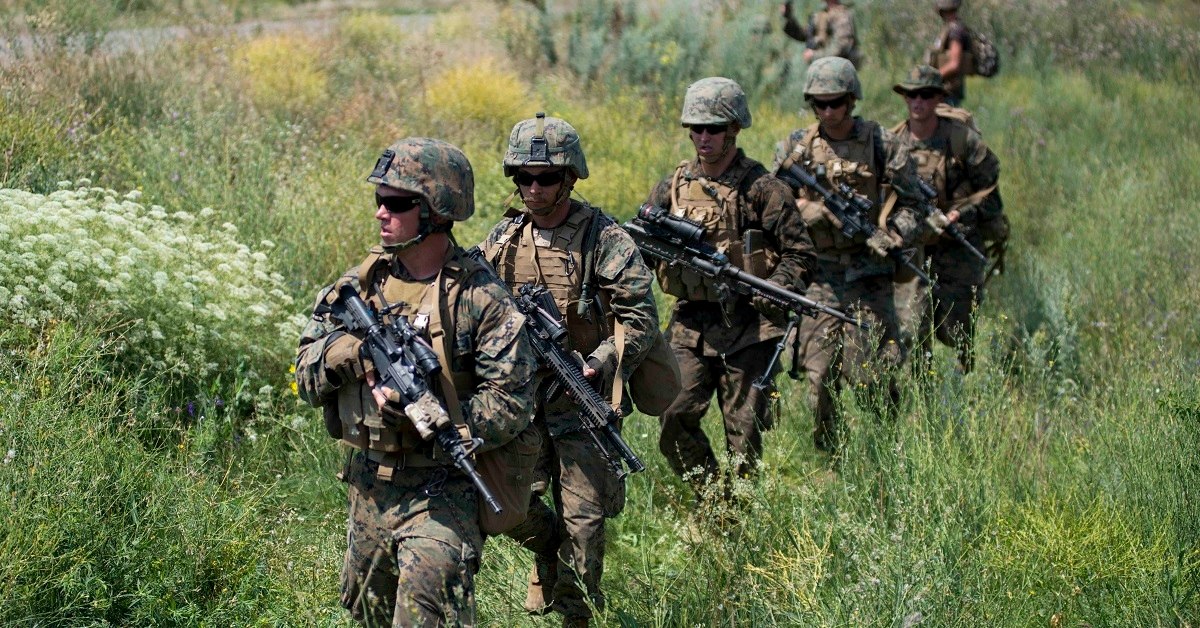 Right now, a relative handful of U.S. Marines are in Ukraine, doing what NATO troops are supposed to do--train together in order to fight effectively together in a current or future conflict. You'd think that a handful of Americans would pose no threat to Russia, but that's not the case:

The Corps has been bouncing all over Europe the past several months, participating in exercises with allies and vowing to boost its presence in Norway to strengthen cold-weather training — moves that have caught the ire of Russia.

And this time, Russia is aghast over a recent U.S. land and maritime exercise in the Black Sea region that kicked off July 9, which involved roughly 50 U.S. Marines and hundreds of sailors. The training took place near Russian-annexed Crimea and contested areas in eastern Ukraine, where Russian-backed separatists have been fighting the Ukrainian government since 2014.

Russian Foreign Ministry spokeswoman Maria Zakharova at a July 12 Moscow briefing warned of possible “consequences” over the exercise, and described the training evolution as tension-provoking and potentially destabilizing in southeastern Ukraine and the Black Sea region.

“Military activities will take place in direct proximity to the conflict zone in southeastern Ukraine where Ukrainian military units continue to shell peaceful Donbass cities every day despite a ‘bread truce’ announced on July 1 by the Minsk Contact Group,” Zakharova said. “Attempts to flex muscles in these conditions will hardly help stabilize the situation in this region.”

The small Marine contingent from Echo Company, 2nd Battalion, 25th Marine Regiment, based out of Harrisburg, Pennsylvania, participated in the 18th iteration of exercise Sea Breeze, where they integrated with the Ukrainian military aboard the Shyrokolan Range north of Mykolaiv, Ukraine.

Everything that's going on in the background, whether it be between Trump and Putin or in the diplomatic sphere, it is this kind of thing that Russia is trying to put an end to:

Russia has vowed to retaliate if Norway invites the United States to more than double the number of Marines stationed in the country.

In a statement on its Facebook page, the Russian Embassy said it made the Scandinavian country "less predictable", while warning it "could cause growing tensions, triggering an arms race and destabilising the situation in northern Europe,”

It added: “We see it as clearly unfriendly, and it will not remain free of consequence.”

The response came after Oslo announced earlier this week that it would ask the US, its Nato ally, to send 700 marines to train in Norway from 2019. There are around 330 US Marines in Norway at present.

To my recollection, Trump hasn't mentioned the fact that Defense Secretary Mattis has sent Marines to Europe once again this year to train with our allies. It's almost as if the President of the United States is embarrassed that the Marines are out there. Putin is on record yesterday warning the U.S. that we had better not be cultivating stronger ties with Ukraine or Georgia. A real president would have told him to go pound sand.

Putin is still afraid of NATO, and the possibility that the alliance will not tolerate his expansionist goals. He doesn't give a shit what happens in America, but he does want to know if the Ukrainian Army can stand up to the men he sends into the region to cause trouble.

Trump won't talk about how training with NATO forces makes our military bonds with our NATO allies stronger and more effective because he's afraid they're not spending enough on defense. A real president would have visited with these troops. What a photo op that would have been--Trump leaves the Helsinki summit and then flies to Ukraine so he can have lunch with a small contingent of Marines training with the Ukranian military. What better way to show a commitment to both NATO members and a non-NATO state like the Ukraine.

Hey, maybe if the troops were training on a golf course, Trump would have shown up to say hello.