More Proof Everything is Stupid 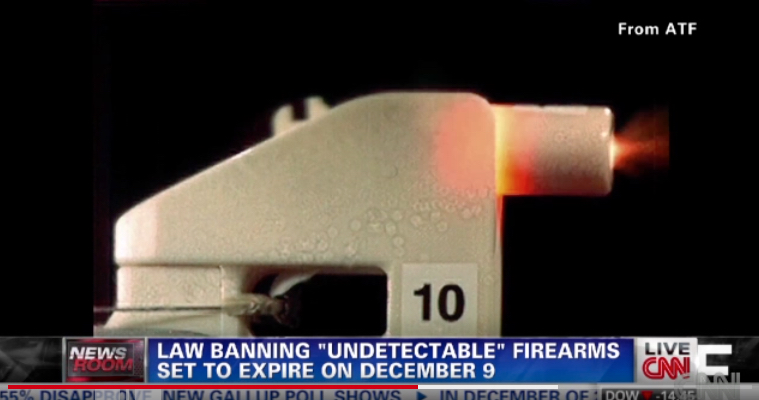 If there's one thing we don't need, it is an "undetectable" gun made out of the same stuff they use to make Legos:

Gun-rights activists have reached a settlement with the government that will allow them to post 3-D printable gun plans online starting August 1.

The settlement ends a multi-year legal battle that started when Cody Wilson, who describes himself as a post-left anarchist, posted plans for a 3-D printed handgun he called "The Liberator" in 2013.

The single-shot pistol was made almost entirely out of of ABS plastic -- the same stuff they make Lego bricks out of -- that could be made on a 3-D printer. The only metal parts were the firing pin and a piece of metal included to comply with the Undetectable Firearms Act.

The US State Department told Wilson and his non-profit group Defense Distributed to take down the plans. It said the plans could violate International Traffic in Arms Regulations (ITAR), which regulate the export of defense materials, services and technical data.

I'm guessing that they want to give these things to disgruntled employees, the mentally ill, everyone with dementia, little kids, and the criminally insane because freedom, right?

Is it really that difficult to protect the safety of the American people? All you have to do, in most cases, is not do stupid shit like legalize the printing of 3-D guns that can't be detected. I guess we still can't expect common sense or even decency, can we?