Chris Cillizza is the Epitome of Everything Wrong With the Media 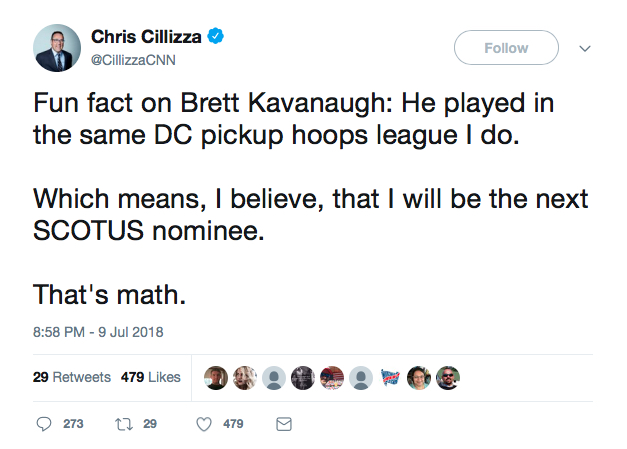 Hey, have you heard?

Women are going to lose their access to abortion and will no longer have control of their bodies, so Chris Cillizza offers you a heckuva joke to get you over your sorrows and cares. A whiz bang joke it is, too!

Americans are going to lose their right to vote, ensuring Republican control of Congress for the rest of this half of the century!

Money will continue to corrupt our politics, health insurance will become rare and expensive, and the Supreme Court of the United States will be populated with a voting bloc of conservatives for the next twenty years or more. A generation of advances in rights for marginalized Americans will be lost as soon as conservatives can bring cases before the court that will eliminate the very idea of marriage equality and protections for Gays, Lesbians, Bi-sexuals, Transgender people and everyone who finds themselves on the wrong side of what we should call the most "catholic" of ideas.

But Cillizza says, "I'm an insider, and things that matter to you don't matter to me because everything is a fucking joke to be had at the expense of the common good."

Swear to God, what a debacle for this country to have on its hands. Everywhere a crisis, all we get are jokes from fools. Which would be fine except for the position Cillizza holds within the infernal machine known as CNN which, in a fit of insanity, has given him a platform with which he daily accomplishes nothing but the debasement of a country losing its democracy by the hour.