America Has Surrendered to Russia 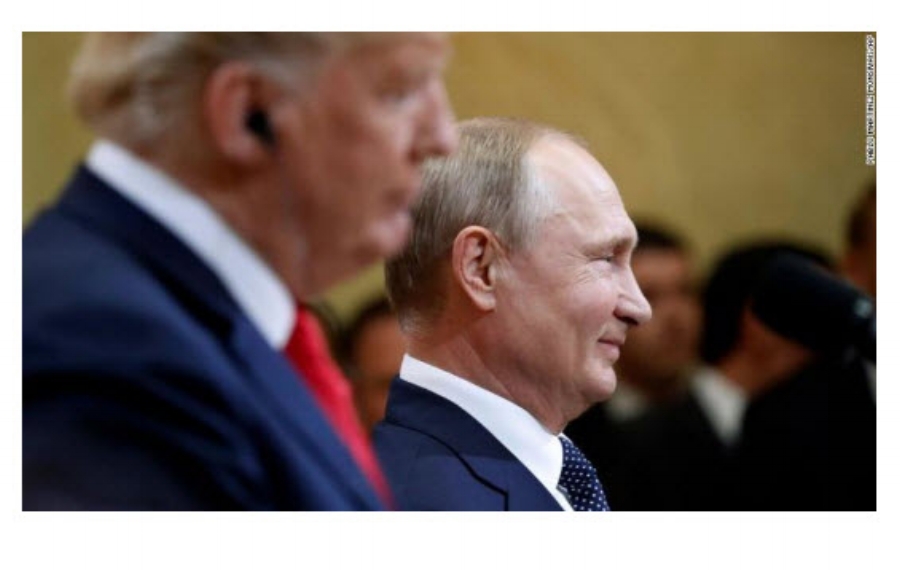 This is the day democracy died... [/caption]

From here on in, a curious thing is going to happen when you go to the voting booth in America. Your vote against Republicans is not going to be counted. It might be changed or deleted or sent off into the ether. It might help elect a local clown dog catcher. Federal elections in the United States of America are now owned by Russia, Incorporated.

It was on June 13, 2016 that I blogged about something James Fallows had written. It was still at a point where Trump could definitely have been beaten and it was when he was vulnerable to being removed from consideration for the Republican presidential nomination altogether. But what he said that day was allowed to slide:

"He doesn't get it or he gets it better than anybody understands. It's one or the other, and either one is unacceptable."

I am not aware of any modern precedent of a major-party nominee publicly accusing an opponent, let alone a sitting president, of treason. Sure, each side has harbored dark fantasies about the other — and, sure, the rhetoric of the early 1800s and the Civil War era was very dire. But in the conscious lifetimes of today’s adult Americans, no major-party nominee has, before today, publicly suggested that his opponent might actively be a traitor.

You could see this as a linear extension of Trump’s “other-ing” of Obama, through his earlier insane birth-certificate crusade. But the step he has now taken should be noted. He is suggesting that a serving president is not just possibly foreign-born but also perhaps a foreign agent. This is the man Paul Ryan, Mitch McConnell, Reince Priebus, Marco Rubio, Chris Christie, John McCain, Bob Dole, and the rest of the Republican “establishment” say deserves their support.

Today you saw Trump do exactly what he accused the other side of doing--he has "something else in mind" when it comes to defending America against Russian aggression.

Everyone who criticized me for calling them traitors, for being treasonous--go fuck yourselves. What happened today, in real-time, was the betrayal of America and the end of our democracy. Everything that happens from now on has to constitute the restoration of the republic and the renewal of democracy. The shitheads who hold power right now have killed it.