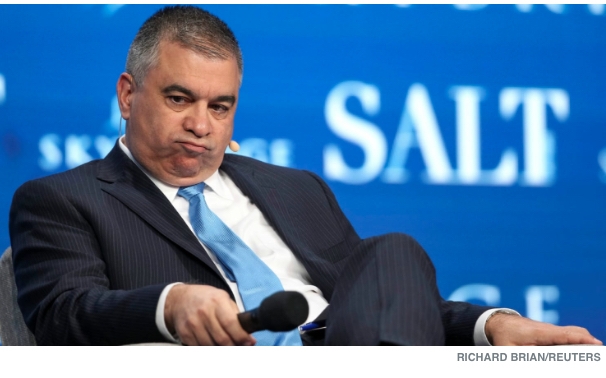 The racist apparatus that is propping up the failed Trump Regime isn't even trying to hide their racism anymore:

David Bossie, President Trump’s former deputy campaign manager and a contributor on Fox News, used a racial insult on Sunday to respond to accusations of racism in the Trump administration. In a heated exchange on Fox and Friends with Democratic strategist Joel Payne, who is black, Bossie told him, “You’re out of your cotton-picking mind.” The insult came right after Payne accused Trump and other White House officials of using coded racism to appeal to their base. Fox News host Ed Henry immediately apologized to viewers for Bossie’s remarks. “I just want to address what just happened in that debate—obviously got fiery. David Bossie used a phrase that clearly offended Joel Payne and offended many others. I don’t know what David meant by it,” he said. A Fox News spokesperson later issued a statement denouncing Bossie’s remarks as “deeply offensive and wholly inappropriate.” Bossie also offered an apology on Twitter, saying he “should have never used the offensive phrase that I did.”

But, do go on about incivility, my good man.

If you are not animated by a desire to hurl this filth back into the hole out of which it crawled, then I have no use for you as an American. This is why we fight, use harsh language, and work our asses off to make this a better country--so that Trumpism is destroyed and the retrograde backwoods asses like Bossie are shamed out of public life once and for Goddamned all.