Twilight of the Oligarchs 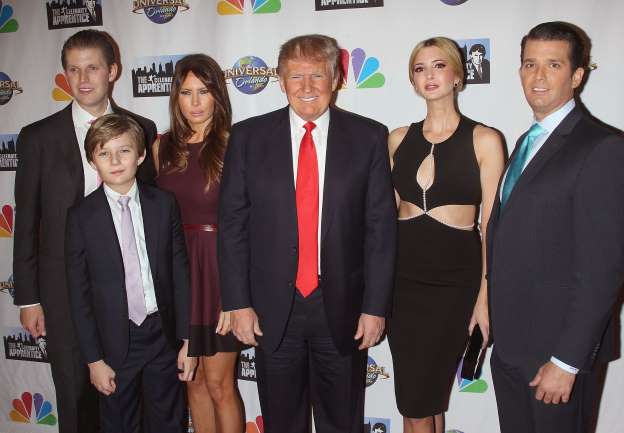 Can't wait for the mugshots:

President Donald Trump lashed out at "sleazy New York Democrats" on Thursday after the state's attorney general sued him, three of his children and his foundation, saying he used the charity as his "personal checkbook."

Trump vowed that he would never settle the case, brought by current Attorney General Barbara Underwood. The president took to Twitter on Thursday to blame the action on "disciples" of former Attorney General Eric Schneiderman, who resigned in May after four women in a magazine article accused him of physical abuse.

"The sleazy New York Democrats, and their now disgraced (and run out of town) A.G. Eric Schneiderman, are doing everything they can to sue me on a foundation that took in $18,800,000 and gave out to charity more money than it took in, $19,200,000. I won’t settle this case!" Trump wrote on Twitter.

Underwood charged in the lawsuit that the Trump Foundation engaged in "extensive unlawful political coordination" with Trump's 2016 presidential campaign. The case, filed in the state Supreme Court in Manhattan, followed a 21-month investigation that began on Schneiderman's watch.

She said the foundation engaged in "repeated and willful self-dealing" to benefit Trump's personal, business and political interests, including a buying a portrait of Trump for $10,000 at a charity auction and using it to decorate a Trump golf course.

In any other era of American politics, this would shame a normal person out of public life. The absolute embarrassment of using a charity this way would bring recrimination and serious legal jeopardy to a human being. That can't happen here because there isn't a Trump alive who would ever feel an ounce of shame when caught stealing money. We crossed over into the sickening, corrupt era of Trumpism and now all we can do is imagine what life would be like if anything was normal.

How do you "settle" a case where you've been caught using your charitable foundation to make sweet deals for yourself and pay off liabilities? How do you make that go away? They have you dead to rights. They have papers and forms and proof you broke the law.