They Are Putting Babies in Jail 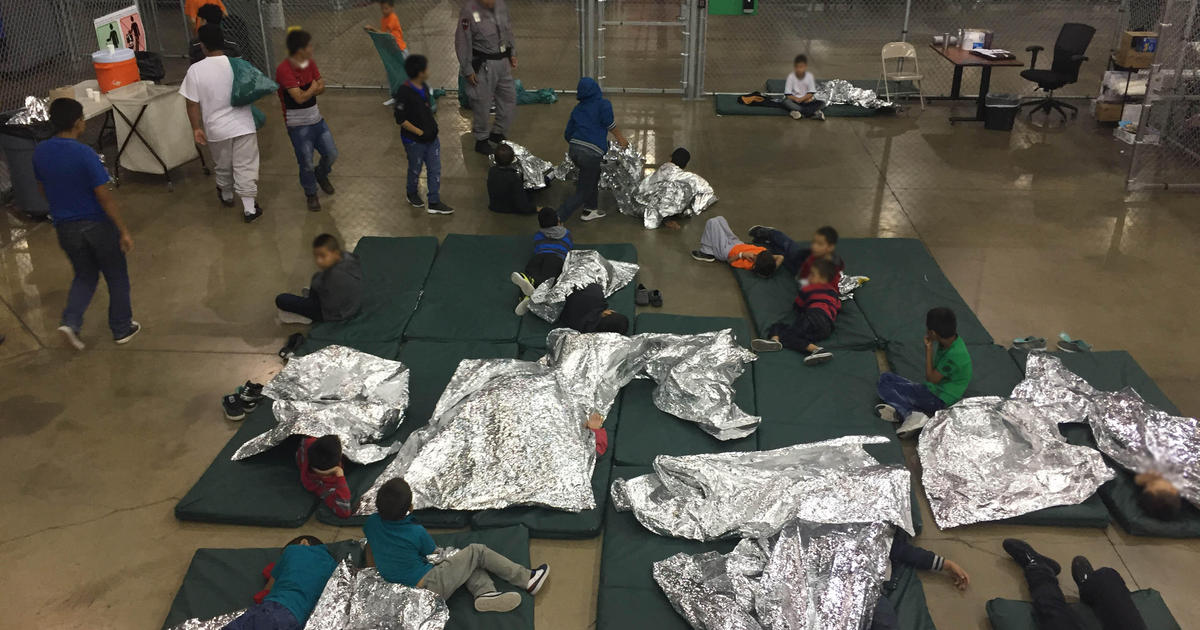 It's been several days, but I still can't get over this.

They're putting babies in jail!

As of today, there are 2,458 children under the age of 13 — also described by the US federal government as "tender age" children — in the care of the Department of Health and Human Services, according to an HHS spokesman.

The total number of “unaccompanied alien children” in HHS custody as of this week is over 11,600. (It fluctuates daily.)

An important to note: HHS cares for both separated children and children who came here alone, and the numbers above are for all total children, not specifically those separated from their parents.

While it can be inferred that most "tender age" children are likely to be separated from their parents (because it is hard to come to the US alone at such a young age), there are also other circumstances — like a teenager bringing a young sibling, or even his or her own child.

Does any of this look like care to you? Care implies someone is using time and effort and resources to ensure kids are not being left to fend for themselves. What I see are kids being bused and flown around the country in borrowed clothes, separated from parents or siblings, and abandoned by an indifferent bureaucracy. I see cages and I read about kids being injected with drugs to calm them and turn them into zombies.

What the ever loving fuck?

Let's stop using this polite and imprecise euphemism of "tender age." Stop coming at me with this bullshit. There is no care being applied here, and the use of the word "custody" is proof that what we really have here is a system designed to break and punish babies.

They're putting babies in fucking jail. Accompanied or unaccompanied, it does not matter. They are putting them in cages. Sometimes with their parents, sometimes without their parents. There are hundreds of millions of dollars, if not several billion dollars, being spent to do this and that means our elected representatives should have access to these facilities any time they want to check them out.

This is all because Republicans can't govern. Want proof they are too incompetent to do anything? 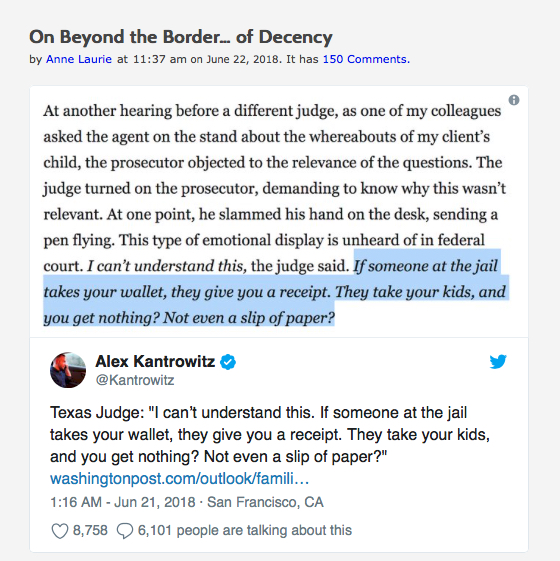 There you go. I don't know how you can stop being outraged about this. It's not a one or two day story. We cannot let this slip from view. These kids will disappear into a system. In ten years, you're read about how hundreds if not thousands of kids were lost and abandoned and left to rot in a system that will have to be rebuilt or reconstructed to handle their needs.

Babies in jail? Who the fuck ever thought that was gonna happen?

Well, everyone who voted for Hillary. But still.