There Are No Consequences For These People 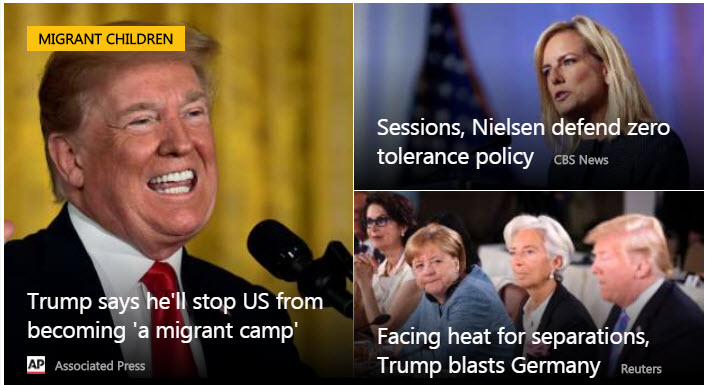 The normal thing that would happen here is that the Trump Regime would come out Monday morning with a quick apology and solution and make the issue of separating parents and children a non-story as fast as humanly possible. Hell, they should have started this process on the Sunday shows yesterday.

These fuckers only understand one thing--when caught implementing racist, hateful policies, double down and own them so that the rabid base of what used to be the GOP can hear the dog whistle loud and clear from where they sit and stew over these things.

Like everything else, the Trump Regime's policies are lies that could be refuted by a toddler. They're not even trying anymore--they're lying because they've been caught. The only thing left to do is act like a fucking baby and cry about how unfair it is to point out that they are, in fact, just a bunch of fucking liars. This is the classic move of an abuser--it's your fault for how they are. 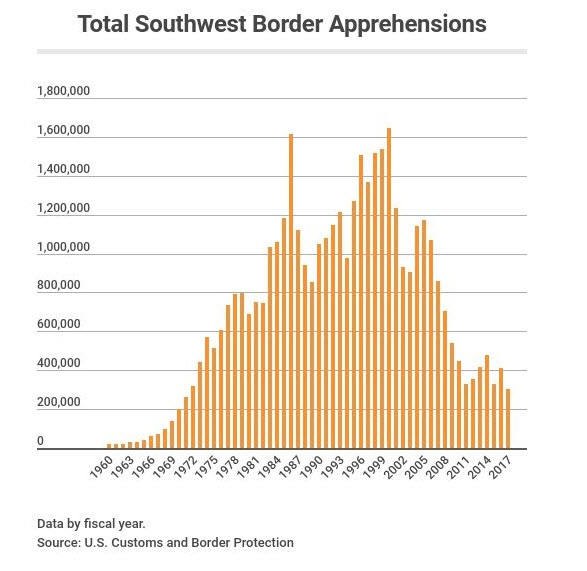 As you can plainly see from the numbers, we have no crisis here. It's fake. It's a fraud. It's being manufactured so someone can implement the policies of white supremacy.

With Trump and the goon squad around him, what other answer could there be? They're getting away with it again and again. They lie, they cheat, they steal and they implement racist policies. Every question posed to them by the media should begin with the premise that this evil, corrupt regime needs to be nailed to the fucking wall.