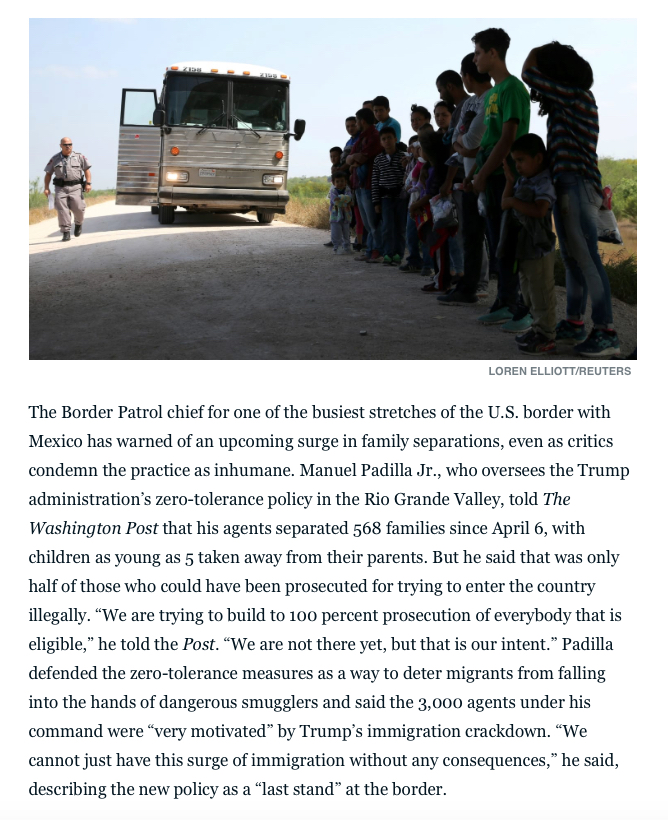 Who do these people think they are defending us from?

A "zero tolerance" policy is a cop out of epic proportions. The individuals who are "motivated" by this policy want to shut down everyone coming into this country without any regard to the idea that there might actually be people seeking asylum in the United States of America. Their job is to figure out who is coming here because they have no other choice from the people who are coming here to sell drugs and commit crimes.

Here's a helpful hint--if they don't have any drugs or guns on them, they're probably seeking asylum and you should let them in.

We have an entirely new and difficult problem on our hands now. What do we do with the civil servants in ICE and the U.S. Border Patrol who are hell bent on criminalizing every individual who tries to enter the country? What do with do with the relentlessly pro-Trump forces inside of these agencies? I don't think anyone has an answer for that, and I'm certain that, once Democrats are back in charge of governing this country, they will have to deal with this issue.