The Face of Human Cruelty 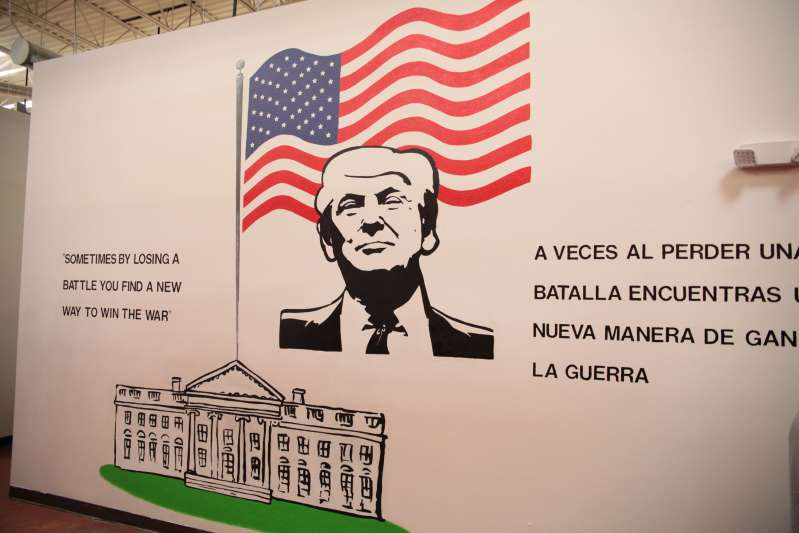 This is being done with your tax dollars, and it is being done in your name because far too many people felt that voting for Hillary wasn't cool:

For more than a year, the old Walmart along the Mexican border here has been a mystery to those driving by on the highway. In place of the supercenter’s trademark logo hangs a curious sign: “Casa Padre.”

But behind the sliding doors is a bustling city unto itself, equipped with classrooms, recreation centers and medical examination rooms. Casa Padre now houses more than 1,400 immigrant boys, dozens of them forcibly separated from their parents at the border by a new Trump administration “zero-tolerance” policy.

On Wednesday, for the first time since that policy was announced, and amid intense national interest after a U.S. senator was turned away, federal authorities allowed a small group of reporters to tour the secretive shelter, the largest of its kind in the nation.

This image of Trump is the personification of a cult of personality in America. It is a message to these children--you are caught, you are trapped, and now a cruel American president is going to mock your suffering and your pain with his smirk. The artist who put this up knew to include the symbol of the flag and the White House and a caricature of Trump giving his shit-eating approval for everything being done to these kids. This is how you break souls.

The symbol of Trump is so toxic that it is difficult to imagine how the Republican Party can escape association. Maybe they know they're going to sink with it, and being a party that can get 40% of the American people to support them is enough going forward. I can't imagine a situation where being linked to Trump will work for anything but criminals, racists and serial adulterers.