Texas is About to Turn Blue 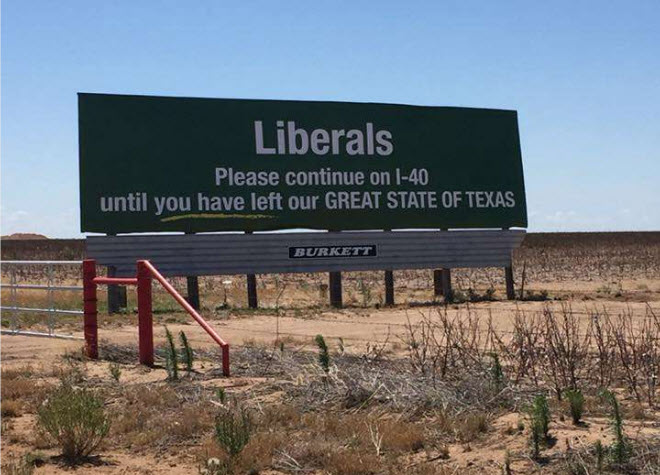 This is not quite the eliminationist rhetoric we have come to expect from today's conservatives, but it's darn close to being offensive if it wasn't already a ridiculous and expensive gesture. I'm glad that these idiots are spending their money on signs and futile gestures.

A billboard in Texas made waves on social media Tuesday after its message was posted online.

"Liberals," the billboard reads. "Please continue on I-40 until you have left our GREAT STATE OF TEXAS."

A photo of the sign was posted to Facebook by Kyle Mccallie, of Fritch. He wrote the billboard was six miles east of Vega, a city roughly 35 miles west of Amarillo, on the eastbound side of the highway.

What better proof is there that Texas is going to turn blue? We can throw Ted Cruz out on his Canadian-born ass. We can send a half dozen or more Congressmen home for good and replace them with votes to make Nancy Pelosi the Speaker of the House. We can wipe the floor with these clowns if enough people get out and vote in November.

Yeah, this is what I thought of, too: 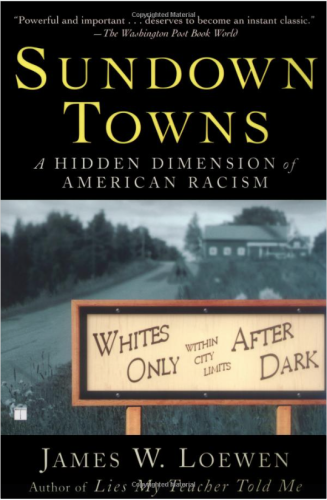 If someone was confident about their ideas and their place in the universe, they wouldn't be putting up signs telling others to get out.