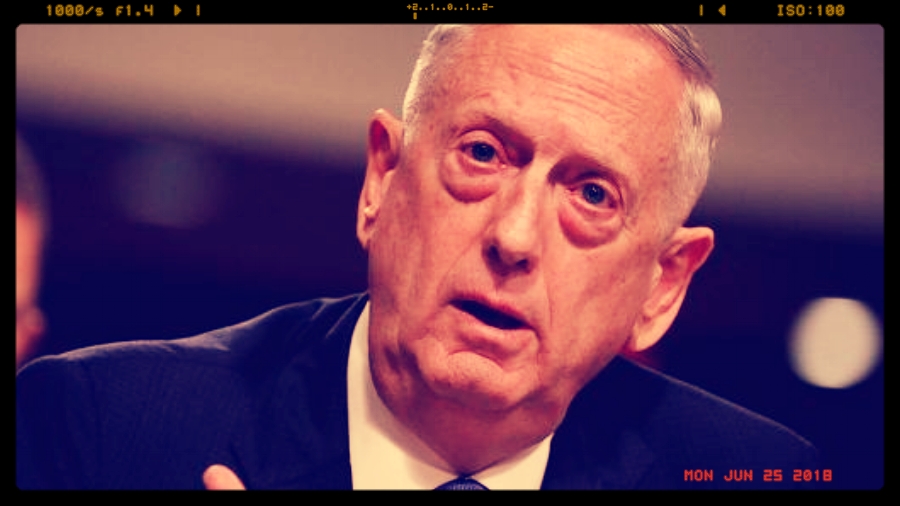 This sort of hit piece only appears when someone in the Trump Regime has decided to put a steak knife in someone's back so they can feel good about themselves:

Defense Secretary James Mattis learned in May from a colleague that President Donald Trump had made the decision to withdraw the U.S. from the Iran nuclear deal, and scrambled to get his boss on the phone before a formal announcement was made. It wouldn't be the last time he was caught off guard by a presidential announcement.

A month later, Mattis was informed that Trump had ordered a pause in U.S. military exercises with South Korea only after the president had already promised the concession to North Korean leader Kim Jong Un.

Mattis has survived largely because he doesn't mind being made to look like a chump in public by people who, in any other era in American politics, wouldn't get close enough to him to mutter his stupid nickname. He is no John Kelly, who would have debased himself to get close to Trump even if he had lost in 2016. He is far superior to H. R. McMaster because I have no evidence that Mattis has sold his credibility to the highest bidder in order to spend his days watching everything he ever wrote come back to haunt him. Mattis is the guy who stays out of the way while everything turns to shit around him, thinking that if his boots are still clean there must not be anything wrong.

Everyone who works for Trump has to learn that sinking to the lowest common denominator and behaving like a simpering buffoon around the boss is their only requirement. They don't have to have talent because that would work against them. They can be good on television, but they better not be too good. They can run their version of the shitshow any way they like, but they better not go against Trump.

Mattis stays in his lane and, when blindsided by the White House, pretends like nothing happened. When the "space force" was "created" in the cobweb-strewn horrors of Trump's desperate mind, he should have quit on the spot and told everyone that Trump is nuts.

Mattis was supposed to be one of the adults in the room. Someone has clearly decided that humiliating him and driving him out of his job is the way to accomplish their own sickening goals. We're going to end up with a Secretary of Defense who is going to be unqualified and ridiculous before you know it.