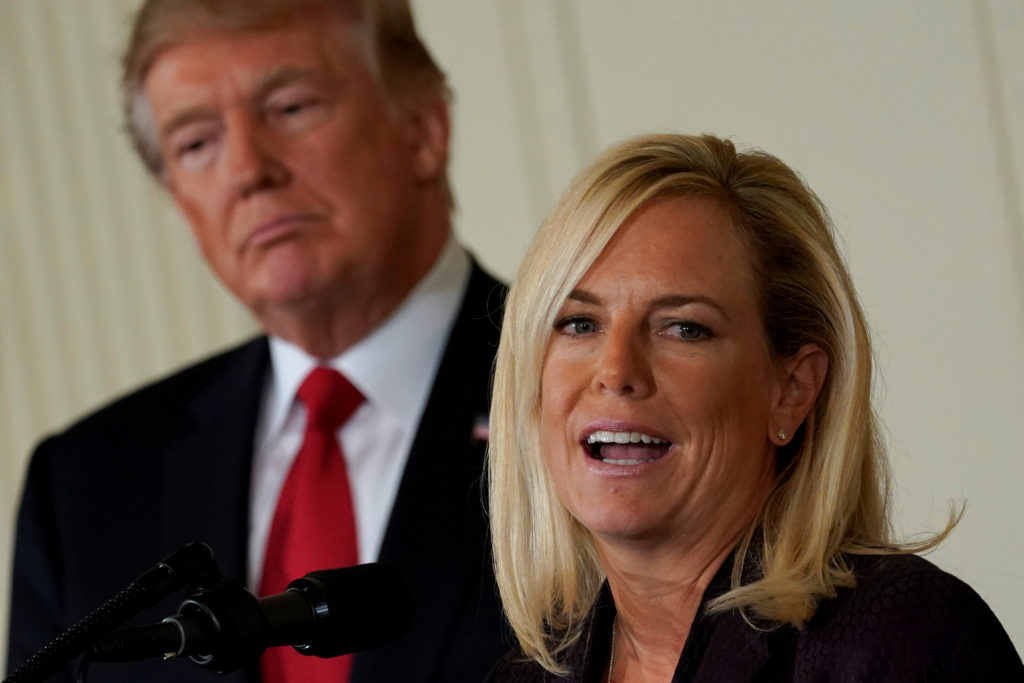 Nobody who serves Trump is entitled to another normal day ever again:

Homeland Security Secretary Kirstjen Nielsen was chased out of a Mexican restaurant Tuesday evening by protesters confronting her over the the Trump administration’s policy of separating migrant children from their parents at the U.S.-Mexico border. Protesters crashed her meal, yelling “shame!” and “If kids don’t eat in peace, you don’t eat in peace!” while Nielsen appeared to look down at her phone before eventually exiting the restaurant. The homeland security chief has been under fire in recent days for her vociferous public defense of the administration’s “zero-tolerance” border policy.

This is the kind of activism this country needs right now. Peaceful protest and a declaration against the normalization of evil. Anyone who tolerates this is complicit in a crime against the American idea. Being able to sit down and eat your Goddamned chips and salsa is something decent people can enjoy.

Is there anyone working for Trump who even resembles decent? Hell no.