Due Process Just Gets in the Way 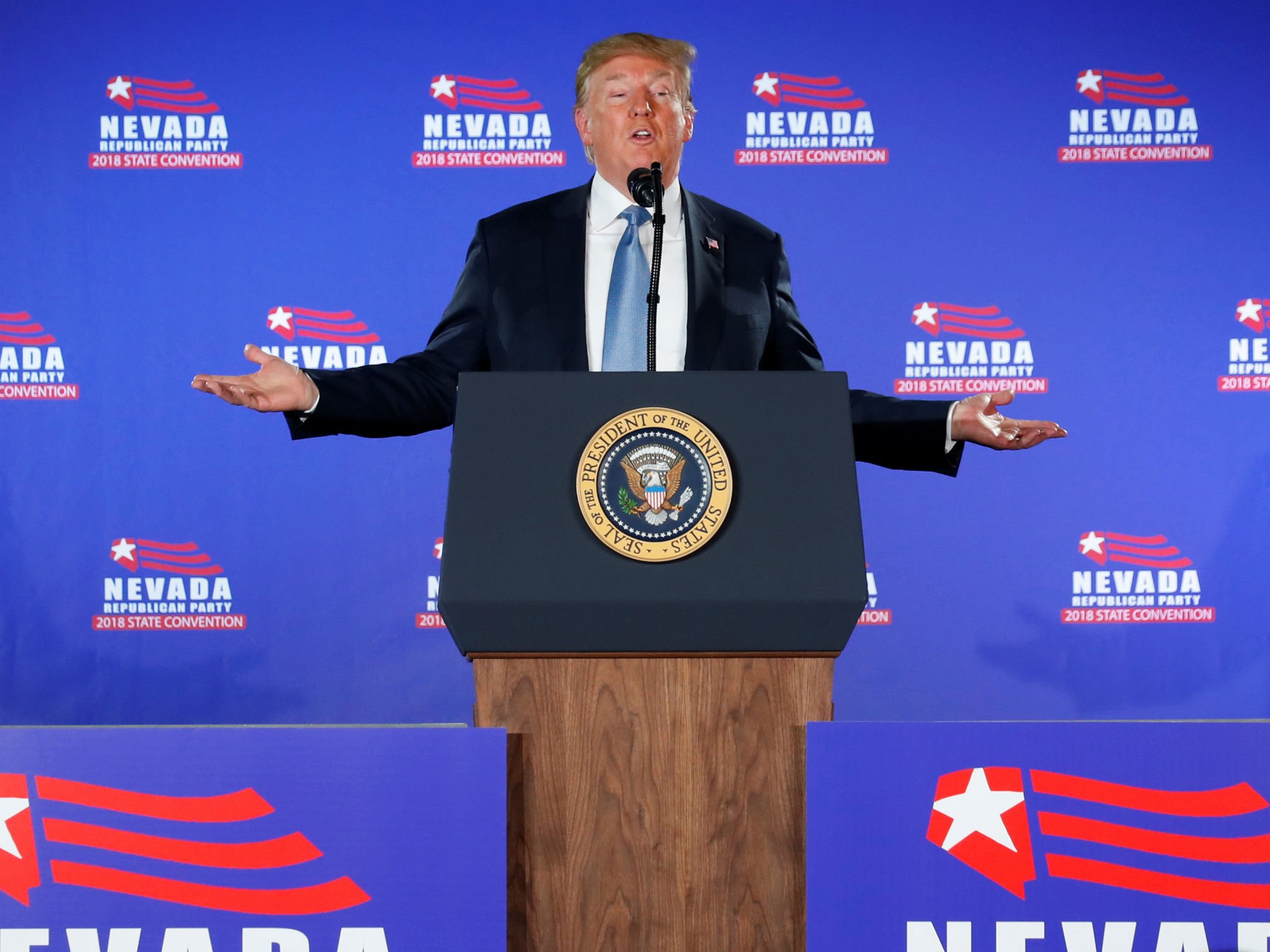 Trump is relentlessly stupid and no one around him is even trying to get him to stop saying crazy shit like this anymore:

President Donald Trump on Sunday called for the US to deport people without judicial proceedings, referred to an invasion by "these people" and railed against standing immigration laws.

"We cannot allow all of these people to invade our Country. When somebody comes in, we must immediately, with no Judges or Court Cases, bring them back from where they came. Our system is a mockery to good immigration policy and Law and Order. Most children come without parents..." Trump tweeted.

In a follow-up tweet, Trump said immigration policy in the US is "laughed at all over the world," and "is very unfair to all of those people who have gone through the system legally and are waiting on line for years! Immigration must be based on merit."

The dictator acts without regard to judges and court cases. The dictator puts himself above all others. The dictator does this because he is being enabled by far too many so-called Americans who have no idea what they're really buying into anymore.

It's difficult enough, trying to wrap your head around how Trump can get away with casually dismissing the justice system, our laws, and the concept of due process. He's not screaming into the void with this. He is saying this because he knows there are plenty of Republicans who love what he's doing to minorities and plenty of lawmakers who are incapable of standing up to him. The door is wide open to an American dictatorship, wrapped in Jesus and the American flag, and Republicans are just begging for a chance to see liberals driven into camps and immigrants machine gunned on the border. They want this country to burn down because they think it will mean that it lead to lower taxes and cheaper guns. They don't understand simple math, science, economics, or common sense but they know they love owning the libs.

Fortunately for all of us, this stupidity will not prevail. Sensible people are now fully awake to this and are ready to fight. The only thing left to do now is to ensure that this so-called president is mocked, every day, for his ignorance and his venality.