What Else Has Keith Schiller Done? 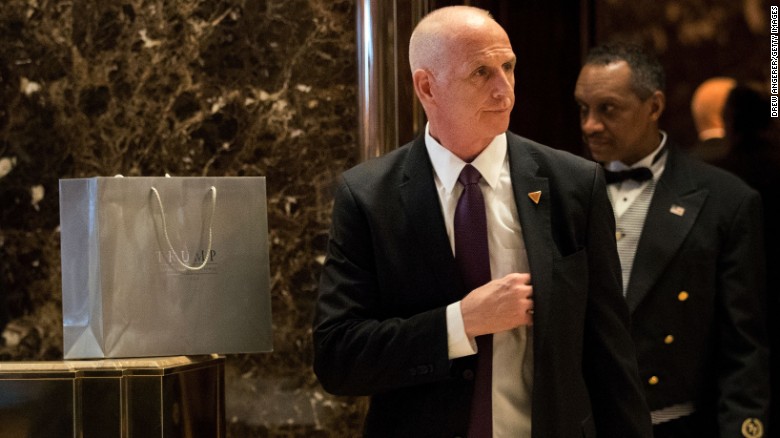 About a year ago, I wrote specifically about Trump's personal bodyguard and all-around thug, Keith Schiller. It's no wonder he turned up in the news again:

In February 2017, a top White House aide who was Trump's longtime personal bodyguard, along with the top lawyer at the Trump Organization and a third man, showed up at the office of Trump's New York doctor without notice and took all the president's medical records.

The incident, which Dr. Harold Bornstein described as a "raid," took place two days after Bornstein told a newspaper that he had prescribed a hair growth medicine for the president for years.

In an exclusive interview in his Park Avenue office, Bornstein told NBC News that he felt "raped, frightened and sad" when Keith Schiller and another "large man" came to his office to collect the president's records on the morning of Feb. 3, 2017. At the time, Schiller, who had long worked as Trump's bodyguard, was serving as director of Oval Office operations at the White House.

What's the difference between that and strong-arm robbery? I can't tell. If I know one thing, Schiller did this while armed with a handgun.

In one incident in September 2015, Schiller grabbed a sign from a protester outside Trump Tower. As Schiller marched back toward the building holding the sign, the man rushed at his back. Schiller whirled — and punched the man in the face.

Protester Efrain Galicia and other demonstrators from that day are suing Schiller and Trump over the incident. Schiller testified in a sworn deposition in December that he believed Galicia’s sign was creating a safety hazard by impeding access to the sidewalk and that he punched him in self-defense, believing the protester was reaching for a gun hidden under his suit jacket.

Schiller acknowledged in his testimony that at the time of the incident, he did not hold a valid New York state security guard license. He said he had allowed his license to lapse, believing that a different federal license that allowed him to carry a gun on private airplanes was sufficient.

Not only is it time to reassess Trump's personal health, it's time to sort out what everyone in his orbit has been up to for the last decade. Someone has to get to the bottom what Schiller has been doing on Trump's behalf now that we know that Trump's personal fixer, Michael Cohen, has been implicated in a number of criminal conspiracies.

The question is - did Cohen ever funnel money to Schiller?

If you're going to fire the Director of the Federal Bureau of Investigation, who do you send?

Oh, well, that's if you're normal.

In Trump's regime, you send your thug:

Few people inside Donald Trump's orbit are more important than Keith Schiller, the President's longtime bodyguard who has risen from part-time hired muscle to director of Oval Office operations.

That status was cemented on Tuesday when the former New York Police Department officer hand-delivered a letter from the President firing FBI director James Comey, entering the FBI headquarters with a manila folder and leaving without it.

Schiller, a White House official told CNN, went to the headquarters expressly to fire Comey, even though the FBI is currently in the middle of an investigation into Russia's meddling in the 2016 election and ties the hackers may have had to Trump associates.

Schiller is widely regarded inside and outside the White House as the "most underestimated person on Trump's team," as one former aide put it -- someone with constant access to Trump who has not only developed a deep level of trust with the President, but also has turned into a sort-of Trump translator.

This is Keith Schiller in action, striking a protester outside of Trump Tower: 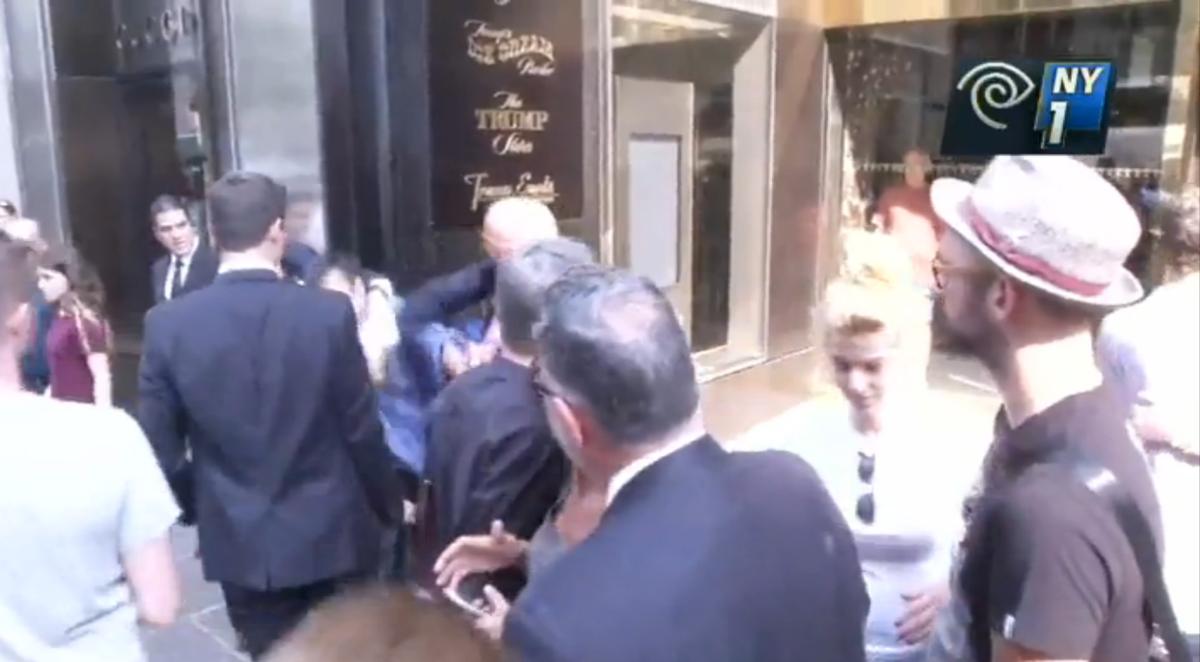 The dictator has to have his hired muscle, and that's Keith Schiller. He's there to do the dirty work, and he is accountable to no one.