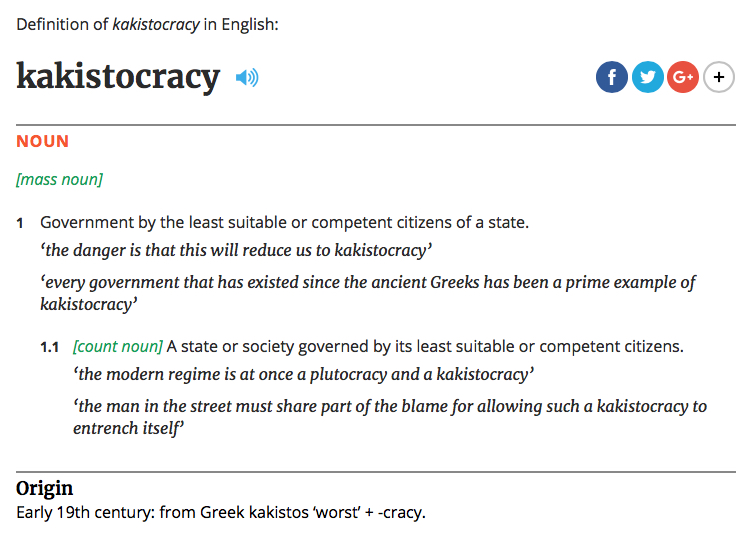 The Trump regime is the worst of the worst, hands down:

"People have wondered when decency would hit rock bottom with this administration," Biden said in a statement. "It happened yesterday."

Sadler's reported remarks came during a discussion at the White House on Thursday on McCain's opposition to Trump's nominee for CIA director, Gina Haspel. Sadler reportedly said of McCain, "He's dying anyway," so his opinion "doesn't matter." McCain spoke out against Haspel after her confirmation hearing earlier this week, saying her responses on her involvement in the George W. Bush-era "enhanced interrogation" program left him concerned.

In his statement on Friday, Biden said McCain is a "general hero" and that he deserves "so much better."

"Given this White House's trail of disrespect toward John and others, this staffer is not the exception to the rule; she is the epitome of it," Biden said.

It is going to take a monumental effort to drive Trump from power. He will use every weapon at his disposal--including starting a war--to hold on to the presidency. He will throw more sand in the gears and stop the courts from functioning. But what is really troubling is that there are so many Americans who are okay with all of this. They like it when the president presides over a fiasco. They love the debacle that has been unfolding since day one. They are enthralled by the train wreck.

We have a horrible government full of the absolute worst of the worst--people who, in any other era of American politics would see their resumes end up straight in the wastebasket. This is the dumpster fire of presidencies, one that has failed so badly, no one currently serving Trump should ever be allowed to serve in a future administration in any capacity whatsoever.