John Kerry is Not Going to Prison 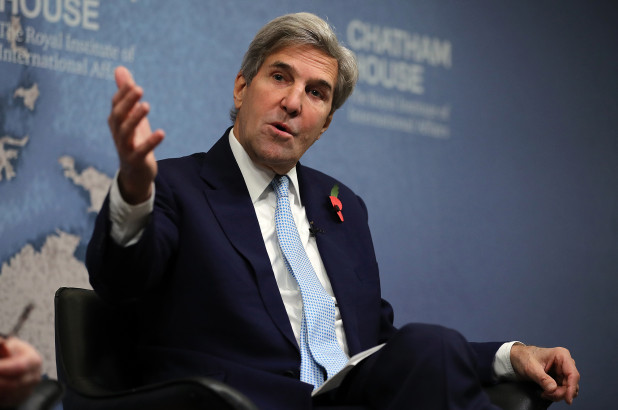 The Trump regime is supported by idiots and fools:

Lucky for John Kerry that no one has ever been convicted (or even prosecuted since 1852) for violating the 18th-century Logan Act, which bars private diplomacy against US interests.

Because what the former secretary of state has been doing to pressure President Trump against withdrawing from the Iran deal sure looks like a textbook violation.

The Boston Globe reports that Kerry in recent weeks has engaged in “unusual shadow diplomacy” to “apply pressure on the Trump administration from the outside,” holding meetings and phone calls “below the radar” with Iranian and European leaders.

Kerry doesn’t deny the meetings, but claims he’s only been “urging Iran to remain in compliance” to ensure the disastrous deal negotiated on his watch “remains effective.”

This nugget of wingnut wisdom has led to our friends in Russia being given a green light to circulate rumors that Kerry is facing jail time:

A: No. Kerry reportedly met with an Iranian official to discuss saving the Iran nuclear agreement, but no charges have been brought and he is not “facing prison.”

There is no evidence that John Kerry is in imminent danger of going to prison.

But a headline circulating on Facebook claims: “John Kerry Facing Prison After Interfering With Iran.” Users of the social media site flagged the story as being potentially false.

The story was first posted on a group of identical websitesthat go by the name Any Politics. It was later copied and reposted by other sites.

The story went up after the Boston Globe reported that Kerry had met with the Iranian foreign minister in an effort to preserve parts of the 2015 Iran nuclear agreement that Kerry helped negotiate, and that President Donald Trump recently decided to abandon.

Trump supporters have a fetish for threatening their opponents with prison because that's what many of them face; the law has caught up to the low hanging fruit and now many of them face serious time in the hoosegow. This means that many of them are going to project their fears out into the world and say that so-and-so, who's a liberal, which is a crime, belongs in JAIL!!! or some such nonsense.

You know who is going to jail? Anyone who asked the Russians, the Chinese, the Saudis, and whoever else to help them steal an American election. That's who.

John Kerry is guilty of trying to keep the world safe from madmen, and that's about it. We should be grateful that he is working to keep the deal with Iran alive. He's putting his neck on the line in an era when diplomacy has been abandoned by the last super power. Trump signals the end of the American experiment, but Kerry is an indication that there is no shortage of people who are going to resist this insanity.