It Was All About Politics, Of Course 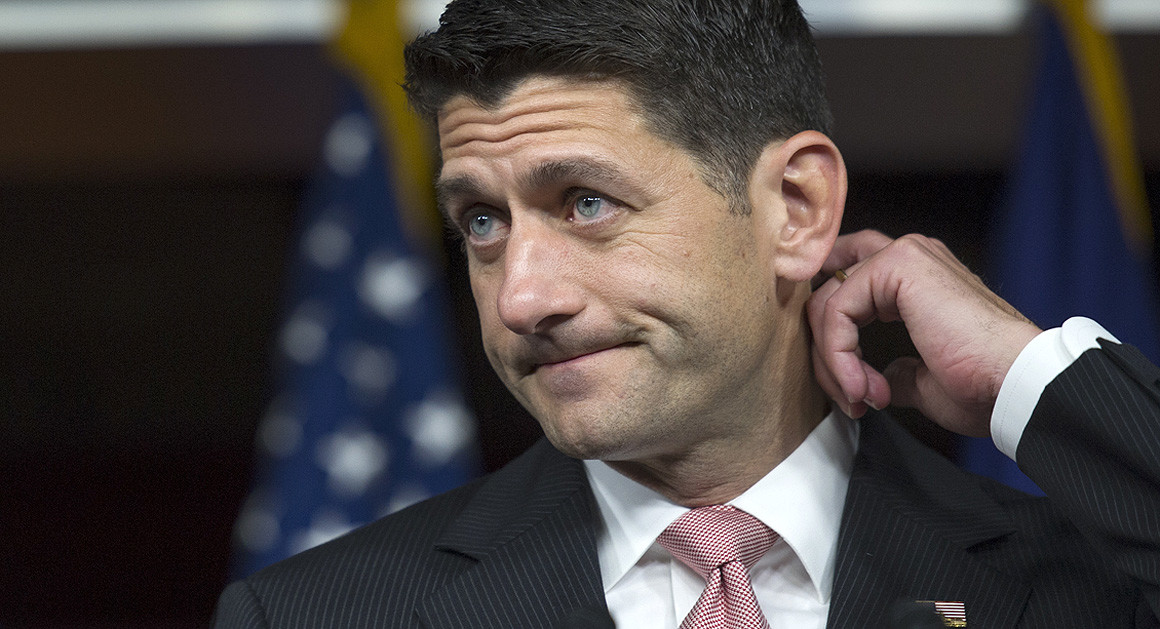 Don't believe anything Speaker Paul Ryan has to say about anything, ever:

“Father Conroy is a good man and I am grateful for his many years of service to the House,” the Wisconsin Republican said at the Weekly Standard’s Midwest Conservative Summit in Milwaukee. “This is not about politics or prayers. It was about pastoral services. And a number of our members felt like the pastoral services were not being adequately served or offered.”

Ryan said one of his responsibilities as speaker is to be “a guardian of the institution” and that sometimes involves making decisions that may not be politically popular. He said his decision to request Conroy’s resignation was made on behalf of the House and was something he had been contemplating for some time.

“It’s based on feedback I’ve been getting for quite a while from members,” the speaker said. “And again as a person who stands up for the institution I just wanted to make sure that we have pastoral services that are being adequately offered on a go forward basis for all of our members.”

Feedback? Really? The man said a prayer for the poor. The irony is striking. Party of family values and decency, my ass.

Father Conroy is a Jesuit, and his values are diametrically opposed to the cash grab that is modern Republicanism. Without appealing to Catholic values, modern Republicanism wouldn't have a lock on the Congress right now. Oh, but the Jesuits are so liberal, right?

No one in the media will tell you this, but today's GOP worships money and has turned its back on fiscal responsibility, rational foreign policy debates, and adhering to Christian values. I mean, what kind of person fires the House Chaplain for saying a prayer on behalf of the less fortunate? Well, see Paul Ryan--a man who sold his soul and has no Godly values anymore.

Kudos to the first priest who denies him Communion for being a greedy, corrupt man with no soul. Every Jesuit in the country has taken note of what happened, and I don't know that I would want to get crossways with these people and still expect to have a career in anything in the public sector. Paul Ryan will be gone this fall; everyone who expressed their disdain for a man who has a soft spot for the poors should expect the disapproval of the whole Jesuit community.

I'm sorry - elephant in the room, he shares the same name as the novelist Pat Conroy, and that makes everything that has happened even stranger. There was controversy when he was named to his position in 2011 by then-Speaker John Boehner, who felt that his version of Congress was well suited to having a Jesuit priest in charge of whatever the House Chaplain is required to do. Everyone was so relieved to discover that Conroy wasn't a child molester. All of this is so well-suited to the Trump era that it all seems like a lifetime ago. I can't even remember 2011 because look at what has happened to this country since.

You couldn't even imagine America would look and feel the way it does seven years ago. Everything is crazy now. What's happened under Ryan looks nothing like the Tea Party takeover that kicked off this decade. The rubes who voted for this hot mess are the same people who have allowed their massive case of cognitive dissonance to look the other way while Trump's cabinet loots the treasury.

Republicanism is a massive grift, plain and simple. They hide behind Jesus and the flag because they are constantly stealing from the bottom and middle to placate those at the top who already have more than they'll ever need.